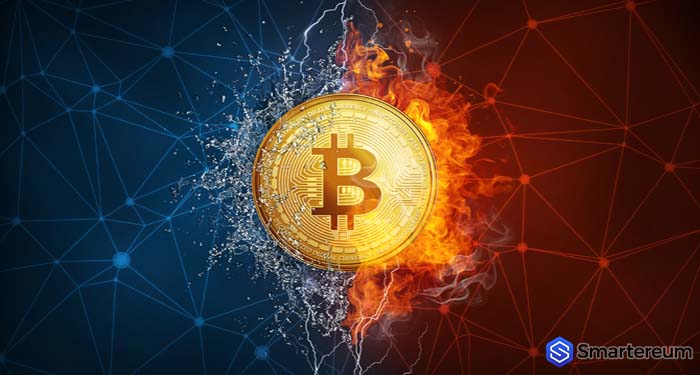 According to an analysis of the recent market trends, the daily transaction volume of the number one digital asset by market capitalization Bitcoin (BTC) has increased to levels that were last seen in January 2018. We should recall that it was just after BTC hit the all-time high of $20,000 that these daily transaction volumes were attained. Now, this has led some industry players to suggest that the digital assets ecosystem evolution is imminent. Early last year was the peak period of the Bitcoin and wider cryptocurrency space.

Bitcoin Proponent: The System is Improving and Growing

Jameson Lopp, who serves as the chief technology officer of Bitcoin (BTC) personal key security system startup Casa, released a Medium post showing an analysis of the fundamental performance of the Bitcoin (BTC) drawing the conclusion that “the system is improving and growing.” During the course of his research or investigation, Lopp looked into various sources and compared statistical measurements highlighting Bitcoin’s (BTC) growth over 2018. In Lopp’s words:

“A wide range of improvements in block propagation has been gradually implemented by Bitcoin Core in the last few years. As nodes continue to upgrade, they appear to have an effect. There is also a new high-performance miner relay network.”

As per the report according to Lopp’s findings, “Lower transaction demand, better fee estimation algorithms, transaction batching and adoption of segregated witness (SegWit), have resulted in the more efficient usage of block space as well as less contention for such a scarce resource.” SegWit is built to reduce processing and waiting time, as well as transaction fees.

In the year 2018, the percentage of Bitcoin (BTC) transactions spending up to SegWit inputs reportedly increased from less than 10% to more than 40%. As for the average Bitcoin (BTC) transaction size, it found its peak at about 750 bytes last February before finally falling to the 450 it attained in quarter four of 2018. This, according to Lopp, is as a result of the recent increase in SegWit adoption.

In addition, last year the market dominance of the top digital currency by market value Bitcoin (BTC) reportedly dropped back to over 50% percent, after falling to 32.5%. Lopp chipped this in:

“The total number of reachable nodes did not fall very much compared to the exchange rate (with many suspicious is that people who operate the said nodes are highly dedicated to the Bitcoin (BTC) ‘” and utilizing them for economic applications. Thus, they are unlikely to put off the node because of the volatility of the exchange rates.