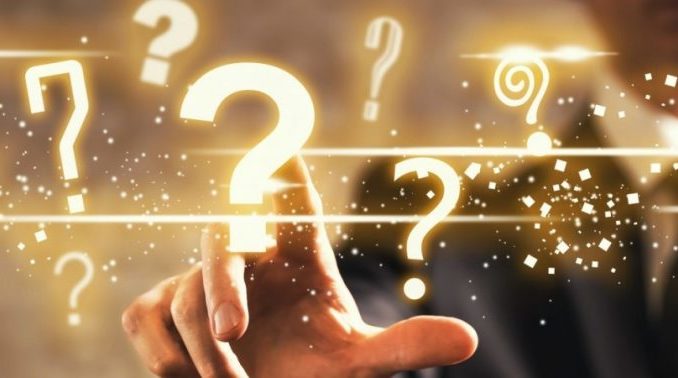 We are all familiar with the statements made about the crypto market, claiming that “it is highly correlated” or that “it has a correlation of 1” (especially with bitcoin); or we are often referred to the following charts of the crypto market capitalization including/excluding bitcoin. 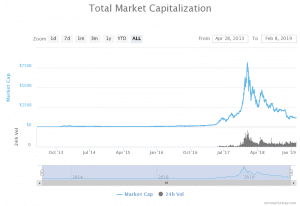 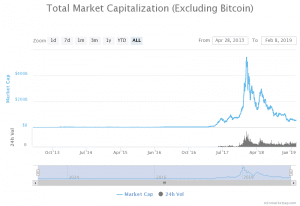 People will look at the charts above and say: “they look pretty much the same, bitcoin dictates where the crypto market goes…”

At a face value, when looking at the charts, it might appear that the claims are valid. The pattern we observe, however, could be deceiving. It does not tell us the entire “story” of what, actually, is happening in the crypto market.

First, we should understand that “correlation” is an association measure, which is time depended. More specifically: (1) correlation measure indicates that two assets (i.e., it is measured in pairs), have some kind of a relationship or are associated with each other’s movement; (2) correlation is not causation. Sometimes people confuse correlation with causation. If two assets are correlated, it does not express any information about whether one causes the other; (3) sometimes the correlation results are misleading and might be pure coincidence or may reveal only one piece of the “story”. Thus, for further understanding, we must engage in a thorough examination of other parameters; (4) correlation may change over time. It is time depended. It might be high in one period and low in the another. Therefore, we must not make any “hard” conclusion or predictions based on correlation. Correlation expresses the situation at the present time or the past, but it indicates nothing about the future. If correlation has changed over time, we should understand the factors that caused the change. It’s the factors, not the correlation measure, which would assist us in making any assessment on where the future is headed.

To uncover the true story about crypto market correlation – its evolution and potential factors, we will use the following altcoins as examples: ZCash (ZEC), Stellar (XLM), Ethereum (ETH), EOS and (of course) Bitcoin (BTC). The reason these four altcoins were chosen is because they are all essentially very different from one another in their intended application and use case.

A Brief Explanation on Each Altcoin:

ZCash is similar to Bitcoin in a lot of ways including the open-source feature, but their major differences lie in the level of privacy and fungibility that each provides.   While Bitcoin is an open ledger system, ZCash is an encrypted open ledger. This means that even though all transactions are recorded on a blockchain, the transactions are encrypted and can only be viewed by users that have been given access to them.

Stellar network is a blockchain-based distributed ledger network that connects banks, payments systems and people to facilitate low-cost, cross-asset transfers of value, including payments. Each transaction has almost zero cost – a standard mining fee of 0.00001 lumens. Stellar’s primary focus is on developing economies in the areas of remittances and bank loans to those who are still outside of the scope of the banking services. It doesn’t charge individuals or institutions for using the Stellar network. It is primarily funded by donations it has received from several organizations, such as BlackRock.

Ethereum is a decentralized software platform that enables SmartContracts and Distributed Applications (DApp’s) to be built and run without any downtime, fraud, control or interference from a third party.

According to Ethereum, it can be used to “codify, decentralize, secure and trade just about anything.” An example for an application using the Ethereum platform is Microsoft’s partnership with ConsenSys, which offers “Ethereum Blockchain as a Service (EBaaS) on Microsoft Azure so Enterprise clients and developers can have a single click cloud based blockchain developer environment.”

EOS is a blockchain-based, decentralized system that enables the development, hosting, and execution of commercial-scale decentralized applications (DApp’s) on its platform. EOS supports all of the required core functionality to allow businesses and individuals to create blockchain-based applications in a way similar to the web-based applications, like providing secure access and authentication, permissioning, data hosting, usage management, and communication between the DApp’s s and the Internet. Like Ethereum, it provides a platform for companies and developers to build their applications on it. Unlike Ethereum, however, it is operated on Proof of Stake (POS) rather than Proof of Work (POW) and it’s considerably faster and cheaper for the user than Ethereum.

From the descriptions above, on each Altcoin, it is clear that each altcoin is very different not only in its use case but also in its infrastructure.  They are very different from Bitcoin but also from each other. Bitcoin was the first use case, the first pilot to prove that blockchain technology works. But later, other developers came up with new ideas, new infrastructures, new use cases to use blockchain technology and improve upon bitcoin, especially in speed, costs and features.

If these altcoins are so different from bitcoin in their intended application and use case, if they are set to accomplish different goals, then they should not be evaluated the same. Each should have its own path and its own value.  However, it seems that the market does not differentiate between them and somehow they move in tandem with bitcoin.

Let’s explore what had happened in the crypto market over the years and the reasons why it has happened.

The above is the aggregate, the average correlation of these altcoins with bitcoin and with each other, over the past five years (or from the date they have started trading on the crypto exchange). On average, over the five years, we observe high correlation with most of them. ZCash seems to be the only altcoin that managed to maintain its “individuality”. But this is misleading.  Remember that correlation is time-depended and the above are “on average” measures for the entire five years. So, what has really happened?

The correlation matrixes above clearly show a pattern. The correlation has jumped significantly in 2017 and remained high, leading to a value closer to 1 in beginning of 2019.  But, doesn’t this remind us of something? Last week we have discussed a proprietary Speculation Index. We observed how the speculation index has jumped above 1 in mid-2017 and increased in value since then. Moreover, in beginning of 2019 it has reach new highs, climbing to a value over 7.  If we put the two pieces of information together – Speculation Index trend and Correlation trend over the years, we can suspect that the increase in correlation is due to the increase in speculators in the crypto market.

When we discussed the Speculation Index, we noticed that it has steadily increased in value during April 2017 and then jumped above 1 in May 2017 (and remained above 1 then after). Let’s see what had happened to the correlation up until May of 2017.

Indeed, correlation in the crypto market is approaching 1 (especially with bitcoin). We should remember, however, that it has not always been this way and moreover, there is a reason for the increased correlation – the increased speculative trading.  That makes perfect sense. Speculators don’t care about value and they do not quite differentiate between different assets by their value. For speculators, all assets are the same and they use the same methodologies to trade them.

The only incident when an altcoin differed in its movement from bitcoin during this time, was EOS in January 2018.  During this month EOS was negatively correlated with bitcoin.  This deviation can be explained by a special EOS event in January 2018, which caused a spike up of EOS price while bitcoin was trending down.  Special events have more to do with sentiment and speculation and less to do with value.  Thus, if there is no special event in sight for a specific altcoin, speculators will treat all altcoins the same. They will not take the time and study the intricacies of each altcoin to determine its unique value. But they will pay attention to specific special events (i.e., sentiment). This deviation does not last for long, because it is not based on an assessment of value but rather on a speculation on how people will react to the event.

As of now, the speculators, who do not care about value, are controlling the crypto market, and a high correlation measure comes as a consequence. Value investors, who do care about value, are absence from the market. They may be absence because they are panicked by the state of the crypto market, but it could also be because they do not quite understand the real value of each token and altcoin.  There are many more coins today than we had in 2016, and there is no valuation framework or methodology to assess them and help investors differentiate their value.

As long as investors are at a state of panic and confused, speculators will continue to control the crypto market. If we want to balance the crypto market with more investors, we need to help investors feel comfortable investing. To achieve this goal, understanding each token and altcoin value is critical[1].

[1] The author is currently developing a valuation framework for crypto assets and crypto market and will be sharing it here in future weeks.