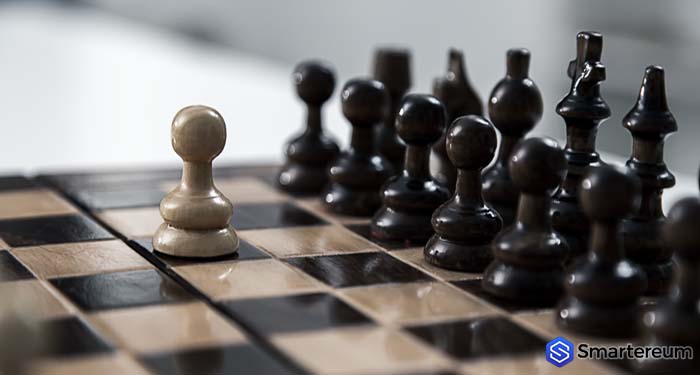 Chanpeng Zhao, the CEO of Binance cryptocurrency exchange and one of the most influential figures in the crypto space has aired his view on Bitcoin exchange-traded Fund (ETF) and other issues concerning cryptocurrency and blockchain.

CZ who spoke at a livestream via Periscope on Thursday said that crypto investors, traders, and analysts were overestimating the impact a Bitcoin ETF will have if a proposal is accepted by the U.S. Securities and Exchange Commission. According to him, “[Bitcoin ETFs] are core to our industry’s growth.” He explained:

“I think for our industry to grow we need more entrepreneurs to build real projects.”

Vitalik Buterin, the co-founder of the Ethereum blockchain similarly tasked the cryptocurrency community to focus on cryptocurrency use cases rather than rely on institutional money coming in via investment vehicles like Bitcoin ETFs.

As reported, Buterin noted that wider use of cryptocurrency-based applications and not bitcoin ETFs would be of more benefit to the cryptocurrency sector.

“I think there’s too much emphasis on BTC/ETH/whatever ETFs and not enough emphasis on making it easier for people to buy $5 to $100 in cryptocurrency via cards at corner stores. The former is better for pumping price, but the latter is much better for actual adoption.”

The Craze about Bitcoin ETFs

However, analysts and cryptocurrency enthusiasts have good reason to hope for a bitcoin ETF. After all—as analysts are glad to point out—the gold market and other commodity markets were transformed by the introduction of similar ETFs. Furthermore, the way the approval of bitcoin led to the rally of crypto prices to all-time highs is a keen reminder of the impact of institutional money.

But proposals for Bitcoin ETFs have always been met by a brick wall at the U.S. securities regulators. The SEC has either turned down or postponed decision on all bitcoin ETF proposals sent to it. As reported, CBOE recently withdrew its proposal for a Bitcoin ETF backed by Van Eck and SolidX in other to avoid a NO reply for the agency. Crypto enthusiast may still have their way with a Bitcoin ETF in the future.

A commissioner of the SEC in a leaked interview reportedly gave cues that the agency will eventually approve a Bitcoin ETF. As reported, Commissioner Robert J Jackson Jr. told interviewers with Congressional Quarterly that a bitcoin ETF will eventually be approved. Explaining some reasons some past proposals were rejected, Jackson added, “Eventually, do I think someone will satisfy the standards that we’ve laid out there? I hope so, yes, and I think so.”