Smartereum
Home Blockchain Member Of The European Parliament Talks About The EU’s Stance On Digital... 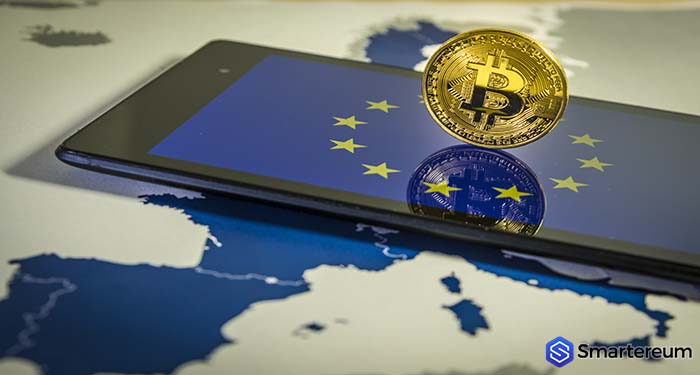 During the event in London, Kaili said that blockchain technology is already having a disruptive effect on different sectors of society. She also talked about her entry into blockchain. Kaili said that during her first blockchain conference in 2014, she faced a lot of opposition because of her role in politics. Rather than letting it discourage her, this made her more curious and intrigued by blockchain technology. So, she decided to learn more about it. In her words:

“I believed that if we don’t have a positive stance, the traditional players will increase their resistance and would even kill this technology that has so much potential forever.”

According to Kaili, there is a huge difference between 2014 and now because the circumstances have changed a great deal. She said that the EU banks and many leaders from other financial institutions have received the regulation of digital assets and blockchain technology well.

According to Kaili, the EU decided to start exploring the blockchain industry because there has been an increase in mainstream acceptance by global leaders and there is a new approach to EU blockchain regulations. The world leaders have taken a defensive stance and things have changed a great deal over the years. Many well-known firms are embracing blockchain technology and all its potentials.

Apart from big institutions, governments and central banks have also started exploring the innovative changes of blockchain technology to the existing infrastructure especially in the cross-border payment sector and local remittance. Solutions like Ripple xRapid, xCurrent and XRP are already making payments faster, cheaper and more secure than traditional means. Right now, the only thing left to ensure mass adoption is regulatory clarity. If the regulators can create a comprehensive framework for blockchain technology and cryptocurrencies, mass adoption with be achieved.

Europe Is Championing The Use Of Blockchain Technology

Kaili’s comment isn’t the first confirmation of the interest Europe has in blockchain technology. Last month, smarttest.wpmudev.host reported that the European Union was observing and studying DLT. In February, the European Union Blockchain Forum and Observatory was developed. This forum is responsible for the research and development of blockchain technology in Europe. Since then, they have released three reports about how much progress they’ve made.

Norway, in April 2017, signed a declaration with 21 other EU member states to develop the European Blockchain Partnership. In 2018, five other countries joined the initiative. This initiative was also created to focus on different aspects of blockchain technology like cyber-security, privacy, energy efficiency, and interoperability as it relates to the laws of Europe.

Do you think the European Union will continue to have a positive stance about blockchain technology? Share your thoughts below.