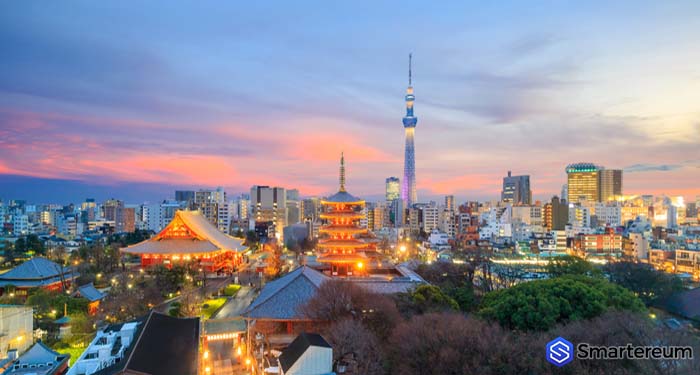 Mitsubishi UFJ Financial Group (MUFG), the biggest bank in Japan per assets has announced, on Tuesday, that it would be launching a payment network based on blockchain technology next year. The system will be called ‘Global Open Network’. It would have the capacity to process up to million transactions every second according to the MUFG. The cooperation is also making plans to integrate the Akamai cloud computing platform and an IoT system into the network.

According to MUFG, the venture has a starting capital of $2.26 million. While 80% of the stake belongs to MUFG, the remaining 20% belongs to Akamai. This isn’t the first announcement the company is making about the network. In May 2018, MUFG announced its intentions to launch the network. It stated that Akamai will provide significant support for the network including payment processing, micropayments, pay-per-use services, and other services related to the internet of things.

This isn’t MUFG’s first attempt to penetrate the blockchain industry. The corporation has been exploring many use cases of blockchain technology. Last November, the company was part of a pilot program that involved using a blockchain-based platform for a syndicated loan worth $150 million. Other companies that participated in this pilot are BNP Paribas and BBVA. While BNP is based in France, BBVA is a Spanish banking giant.

In 2017, MUFG launched a proof-of-concept based on blockchain technology along with NTT, a tech firm. The goal was to improve cross-border trades. The corporation is also making plans to launch a cryptocurrency that would be called the MUFG coin. This project was announced in 2016.

Around the globe, it is becoming more obvious that blockchain technology will have a disruptive effect in many industries. With the right application, blockchain will completely reinvent the financial industry. Many banks are aware of this. However, banks in Japan seem to have more interest in blockchain technology than other banks around the world.

A while ago, MUFG and eight other banks came together to use a blockchain technology by Fujitsu as an inter-bank settlement layer. At the time of the announcement, Fujitsu said that it would be providing real-time gross settlement for low-cost transfer of small transactions.

MUFG and all the other banks that worked with Fujitsu are all part of the Japanese Bank’s Payment Clearing Network typically called Zengin – net. Fujitsu said that it would develop a trial platform using blockchain technology to enable peer-to-peer transfer. Rather than all nine banks, only three would participate in this second trial. The project will involve the use of a cloud-based platform for the transfer of funds from one individual to the other using a mobile app.

Do you think that the fact that MUFG is interested in blockchain technology can propel other banks to consider exploring the technology? Share your comments below.