Smartereum
Home Blockchain What You Didn’t Know About The JPM Coin By JPMorgan Chase: The... 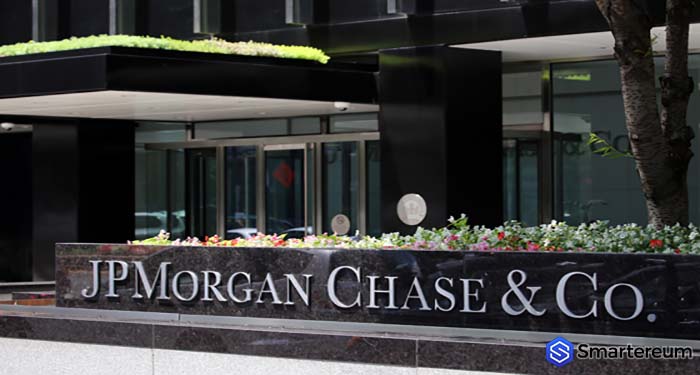 Since the financial giant, JPMorgan Chase announced that it would be introducing the JPM Coin on the 14th of February, there has been a lot of conversations about it on social media. Many have been coming up with suggestions about the effect this announcement will have on the cryptocurrency community and the traditional financial sector. This is the first time a major bank in the United States has decided to create a cryptocurrency that will be used for direct business operations.

What You Should Know About The JPM Coin

Per the announcement, there will be three early applications of the JPM Coin. For starters, it will be used as liquidity in cross-border transactions for corporate clients who typically rely on wire transfer provided by SWIFT. This makes it a strong competition to SWIFT because while the SWIFT network requires days to settle transactions, the JPM Coin will settle transactions almost instantly. SWIFT recently started researching the implementation of blockchain technology to speed up the transaction settlement process.

Apart from being used for cross-border payments, the JPM Coin will be used for securities transactions. Last April, JPMorgan Chase tested the Quorum blockchain along with other participating financial institutions. The goal of this test was to streamline interest rate payments and origination settlement among other things. Quorum runs on the Ethereum blockchain and is also being used by pharmaceuticals including Genentech, and Pfizer.

Thirdly, there have been rumors in the industry that large corporations like Facebook and Honeywell International will use the JPMorgan treasury service to replace funds in various subsidiaries around the globe.

JPMorgan Chase has said that a trial for the token will start in a few months. For a start, only a portion of the company’s funds will be moved by the blockchain. Keep in mind that the bank currently moves over $6 trillion globally on a daily basis. Even a small percentage of that amount can be disruptive to the cryptocurrency industry. In the future, the token will be used to make payments on IoT devices that are migrated to the blockchain.

Is The JPM Coin A Stablecoin?

From all indications, the JPM Coin is a stablecoin. This is because it is pegged to the USD. The firm claims that the cryptocurrency was pegged to the USD to make it stable. To get the token, clients will have to make USD deposits to the firm. They will receive the cryptocurrency equivalent of the USD deposited. When the tokens are used to purchase securities or payments, JPMorgan will destroy them and give the clients an equivalent in fiat.

Stablecoins had a good 2018 even when other cryptocurrencies fell against the USD. Scandals surrounding the most dominant stablecoin in the market, Tether (USDT), led the creation of new stablecoins. In fact, stablecoins became the trend in 2018. The stablecoin developed by Circle and backed by Goldman Sachs was created to comply with the regulatory requirements of the United States. This made it a good option for investors who had interest in cryptocurrencies but wanted to remain regulatory compliant. The Gemini dollar by Winklevoss twins also had approval from the New York Department of Financial Services.

Do you think the JPM Coin will be a good or bad thing for the industry? Share your thoughts below.