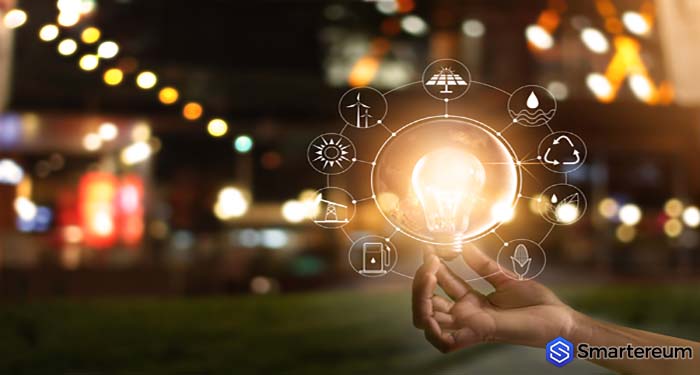 According to a press release dated February 20th, a major Japanese firm, Marubeni, has entered into a partnership with a United States energy firm LO3 Energy. The goal of the partnership is to use LO3’s blockchain technology for its energy business. While Marubeni has Japanese roots, the company has expanded to the United States and Europe.

Marubeni is the 5th largest sōgō shōsha firm in Japan. The term sōgō shōsha is used to describe companies that trade a variety of materials and products. The blockchain technology firm, LO3, will allow Marubeni to increase the efficiency and automation of its renewable energy offerings. The CEO of LO3, Lawrence Orsini, said that there is a serious transition going on in the energy sector. In his words:

“In Japan, the energy sector is going through a drastic transition. There is an increasing number of producers and suppliers of private power who are interested in developing new offerings for customers especially in the renewable energy space.”

He said that the project will initially focus on the application of blockchain technology in management systems. He continued:

“At first, this project will be internally focused. However, it is significantly driven by Marubeni’s desire to explore the integration of blockchain management systems in the energy sector throughout Japan.”

Yoshiaki Yokota, the chief operating officer of the power division at Marubeni said that the project will allow the company to focus on developing use cases for blockchain technology in the country. In his words:

“This project is going to allow us to evaluate how blockchain management systems can work in Japan and build case examples that will help us determine how and when such a project can be implemented widely.”

The blockchain-based energy system by LO3 has been active in the Brooklyn Microgrid project for a while now. This is a local energy sharing project in New York. In time, more firms will join the network.

Many companies have started exploring the implementation of blockchain technology in the transactional aspect of energy deployment. Last month, Fujitsu collaborated with utility supplier, Eneres to try out a blockchain-based system for sharing energy.

The mega Japan-based IT firm announced that the blockchain solution tackled the inefficiencies in electricity surplus management. The blockchain was used to improve the power-sharing success rates. It will ensure that everyone who needs energy will be fairly given to reduce surplus waste. This was traditionally done with a system called Demand Response. However, integrating blockchain technology improved the efficiency of this system by up to 43% according to Fujitsu.

Fujitsu declared its interest in blockchain technology a while ago. This DR improvement system wasn’t the company’s first move into the sector and it isn’t going to be the last. A while ago, the IT firm developed a loyalty reward scheme for retailers. Shortly after, it announced that it would be trying out a payment settlement infrastructure in partnership with nine Japanese banks as reported by smarttest.wpmudev.host.

With the rate at which firms are implementing blockchain do you think the application of the technology in the energy sector will eventually become more prominent than its application in the financial sector? Share your thoughts in the comment section.