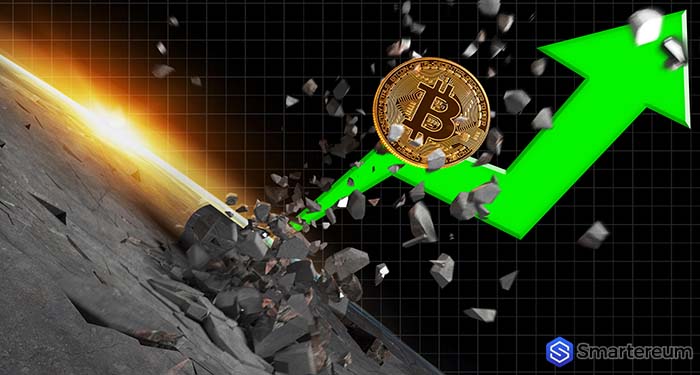 Jesse Lund, IBM’s vice president of blockchain and digital currencies, has predicted that the price of the pioneer cryptocurrency Bitcoin (BTC) will someday reach 7 digits.

He said this during an interview comparison platform Finder.com on Wednesday, February 20.

The discussion which centered IBM’s activities and blockchain technology soon drifted into the question about the price of bitcoin. In response, Lund stated that he expects to see bitcoin reach a million dollars while giving a rather conservative prediction for the year-end

“I’ll go with $5,000 [price for bitcoin at the New Year’s Eve]…I see Bitcoin at a million dollars someday.”

Bitcoin has surged recently and now is on the brink of $4,000 having surpassed the mark at the height of its price yesterday. At the time of writing, BTC is trading at $3,981 and has a market dominance of 52 percent of the entire cryptocurrency market. If it continues in this trend, BTC is set for the first positive month in the last five months—as it will end the month at a price higher than it started.

Buttressing on his prediction, Lund added:

“I see maybe $5,000 at the end of the year, but I see a way higher upward trajectory…if Bitcoin is at a million dollars, then Satoshi is on value parity with the U.S. penny.”

To reach such numbers, the bitcoin network would have over $20 trillion of liquidity, Lund noted saying that he liked such numbers. This liquidity, he explained, could change corporate payments and high-value payments in general.

“there should be an ecosystem of, a variety of digital assets that provide settlement instruments that enable these cross-border payments, and the participants in the network should be able to choose and negotiate their choices in real-time.”

“it could be Ripple, it could be XRP even, it could be Bitcoin, but it would also probably include other instruments, like stablecoins, and even eventually soon — hopefully — central bank-issued digital currencies.”