Smartereum
Home Blockchain NEO To Become The Top Blockchain In 2020 According To Founder, Da... 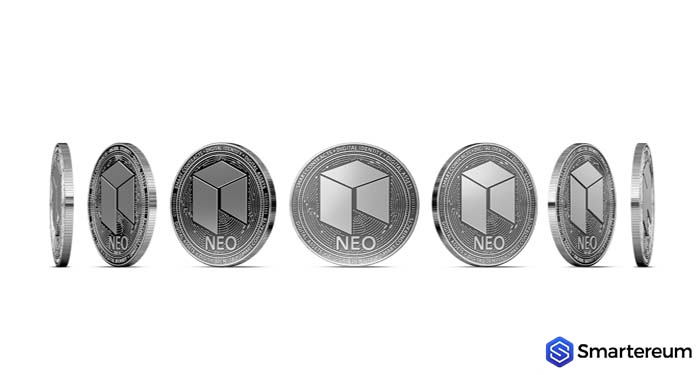 During the DevCon conference that took place in Seattle last weekend, the co-founder of NEO, Da Hongfei said that the goal of the platform is to become the best by 2020. Many dApp developers, cryptocurrency/NEO enthusiasts, and even skeptics came together to listen to discussions about the future of NEO. In fact, when Hongfei stepped on the stage to give his speech, he admitted that he wasn’t expecting so many people.

When it comes to price, NEO isn’t doing so well. After trading as high as $161, NEO started falling against the USD until it fell as low as $9. To be fair, NEO isn’t the only cryptocurrency that has suffered a price fall. While the price of NEO is still struggling, Hongfei is convinced that the platform is moving in the right direction per development. After welcoming the audience, he gave a brief background of NEO talking about how it was initially founded as AntShare by Erik Zhang and himself. He commended the Chinese blockchain community stating that they played an instrumental role in the building and development of the platform.

Hongfei talked about the upcoming version of NEO 3.0 after saying that NEO will become the number one blockchain by 2020. This isn’t the first time he is talking about major breakthroughs like this. About one year ago, he said that NEO will process 100,000 transactions per second without sharding before 2020. Fully aware that 2020 is only a few months away, he said:

“It all depends on your definition of 2020, is it by the beginning of the year or the end? At most, it’s in two years. The clock is ticking. So, how do we achieve our goal? We are not concerned about making it the most expensive or the biggest blockchain but we want NEO to become the most favorable network by providing the best performance, compliant solutions, and diversified ecosystem.”

How Will NEO Overcome Its Problems And Become Number One In 2020?

NEO isn’t the perfect blockchain. It has many problems like instability, price manipulations, centralization issues, etc. As reported by smarttest.wpmudev.host yesterday, the CEO of one of NEO’s top decentralized applications, Effect AI said: “NEO sucks”. The problems with this platform aren’t secret. Well, Hongfei hopes that the NEO 3.0 will solve some of these problems. The new version intends to solve the problem of scalability to make the blockchain ideal for commercial applications.

Version 3.0 will have native contracts that can be executed by any developer without using the virtual machine. It comes with access to internet resources, a cheap distributed storage system for enterprises and an improved dBFT mechanism.

If NEO is able to meet up to the promises of the 3.0 blockchain version, it may be one step forward in its overall goal to become the most preferred blockchain network. Da Hongfei is confident that even after the bearish market, NEO still has enough funding to achieve its goal. Apart from the funding left from its ICO, NEO has millions in NEO, Ethereum and Bitcoin.

Do you believe that the NEO network will be able to meet its goal of becoming the foremost for dApps in 2020? Share your opinion in the comment section.