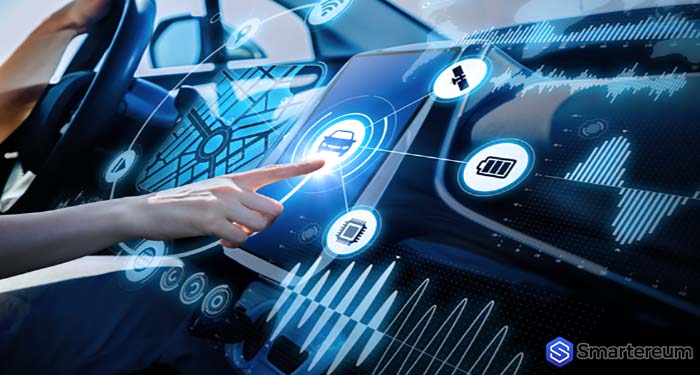 Blockchain technology has found many use cases in the automotive industry. Among other things, companies are now using blockchain to reinvent the data management and tracking system in the automotive industry. Recently, a non-profit cryptocurrency organization, Fusion Foundation, entered into a partnership with automotive giant, Automotive eXchange Platform (AXP). Automotive eXchange Platform (AXP) is a popular dealer in the used cars market and the partnership will allow it to bring its business to the blockchain.

As announced on Monday, AXP will use fusions blockchain platform to digitize its database which is currently made up of 10.5 million automobiles making it easy to track and audit. This would address two key problems that have plagued the auto industry for years now; information inaccuracy and lack of transparency. It would also be used for titles, financing and virtually everything else. This is according to the CEO of AXP, Max Kane. In his words:

“There’s a million vehicles on the road that have ‘washed’ titles, which means there is fraud there. The insurance industry is hit with billions in fraud because of missing information, drivers providing the wrong information and inaccurate reporting.”

Kane believes that this partnership will help combat things like insurance fraud and human error in reporting. The AXP network is made up of about 25,000 independent auto dealers across the United States alone. Jane said that this new arrangement will extend its relationship with other parties in loan origination and finance.

The chief product officer at Fusion Foundation, John Liu, said that they would be launching a pilot soon. This pilot, according to Liu, could be extended to the Department of Motor vehicles and even state-based government agencies. The system is set to go live before the first half of 2019 is over. It will handle $60 to $100 car financing loans.

Fusion isn’t taking things slow when it comes to promoting its goals. The foundation raised more than $40 million during an oversubscribed token sale which was hosted about a year ago. The foundation had to turn many investors away after 24 hours. When it comes to asset tokenization, Fusion Foundation has proven that it is ready to do whatever it takes. In the past, Fusion had partnered with car financing and asset management firms with great success.

The Founder, Dj Qian, said that Ethereum was the inspiration for its company’s blockchain. However, Fusions blockchain will come with permissioned and public components. He said that they made this move because they did not want to reinvent the wheel. In his words:

“Spinning up a node will be as easy as in something like bitcoin or ethereum, but only a select group of validators will be running such nodes initially. We don’t need the government or dealers to worry about running a node yet. We want them to use an application that they are familiar with. The number of nodes will be as much as we need to support a secure blockchain.”

What do you think about this move to track and finance 10 million used cars using blockchain technology? Is it really going to reduce instances of fraud in the space? Feel free to post a comment.