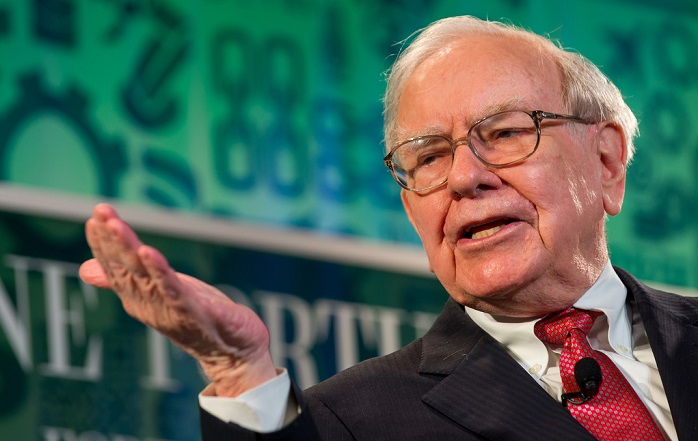 Warren Buffett who is a well-known Bitcoin (BTC) critic and the CEO of Berkshire Hathaway has made a report about Bitcoin.

He has called the Bitcoin (BTC) a delusion that attracts only charlatans. The business mogul made the remark about the leading digital currency via an interview with CNBC.

He described BTC as a delusion, basically. Additionally, during Buffett’s conversation with CNBC, he went on to point out that Bitcoin (BTC) doesn’t have a unique value at all, because the “Blockchain doesn’t depend on Bitcoin (BTC).” It doesn’t produce anything.

In his words, Buffet further stressed that:

“You can stare at BTC all day, and no small Bitcoins (BTC) come out or anything. It’s basically a delusion.”

However, Buffett went on to add this:

“Who knows where we are going to be next year,” after which he made remarks addressing people who invest in Bitcoin (BTC). Buffett showed empathy for people who once believed that investing in the leading digital currency was going to thoroughly change their lives.

Buffet Believes Investing in Bitcoin (BTC) is a Gamble

Buffet, who is a well-known Bitcoin (BTC) critic, has previously remarked that buying the number one digital asset by market capitalization as an investment is a huge gamble. According to the crypto critic, no one truly knows exactly what the top digital currency is.

When the Berkshire Hathaway CEO was asked if he has changed his mind regarding Bitcoin (BTC) during the CNBC interview because Buffett has been a long time critic of the leading cryptocurrency, he answered by saying that he did not.

As per a previous report by Cointelegraph in May of the year 2018, Buffett also gave a critical position about crypto during the annual meeting of  Berkshire Hathaway. The business mogul said crypto would reach a bad ending, going on to infamously claim that Bitcoin (BTC) is “rat poison squared.”

In addition to Buffett’s position on crypto, Berkshire Hathaway’s vice chairman Charlie Munger also weighed in on the leading digital currency while commenting on Buffett’s criticism of crypto with his negative stance of the crypto market.

We can also recall a report from October 2018, that Berkshire Hathaway made a heavy investment to the tune of $600 million in two separate fintech payment startups. Both enterprises were basically focused on emerging markets.

We can also recall from a previous report given last year, that a self-proclaimed disciple of Buffett and Munger, called Chamath Palihapitiya, noted that he believed that both skeptics were actually giving a wrong position about the leading cryptocurrency. He went on to state that the “technology isn’t in Buffet’s circle of competence.”

Meanwhile Bitfinex shows that the Bitcoin’s 8% drop in price this past Sunday was alongside a 12% drop in the value of open short regions, with the total number of trades dropping from 19,604 to 17,085 BTC, which is reportedly the lowest amount that has been allocated on the exchange since March 12, 2018.

This development comes a week after Bitcoin’s total value tied up in short trades on Bitfinex suggesting that investors are losing confidence and the price of Bitcoin (BTC) will further decrease.