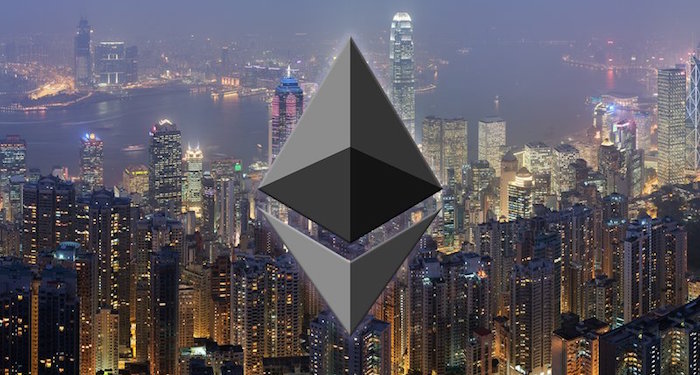 Newcomers into the cryptocurrency space may think that the Ethereum foundation, the pioneer non-profit organization focused on the development of the second most valuable exchange, has a role to play in the value of Ethereum’s native token, Ether. That will be totally wrong says Aya Miyaguchi, executive director of the Ethereum Foundation.

In an interview with crypto news outlet Coindesk, Miyaguchi who assumed the role in January 2018, said that although the foundation has evolved over time, it does not have anything to do with the fluctuation (or not) of ether price.

Miyaguchi argued that the foundation now focuses on coordinating developers working on the ethereum blockchain and relaying information to the ethereum community. Ethereum the biggest community of developers of any blockchain with an estimated 200,000 developers. According to Miyaguchi, “With the nature of open-source technology, [ethereum] has changed over the years and the entire ecosystem has grown a lot bigger.”

This growing community, she continues, is the main focus of Ethereum Foundation’s work as she referred to a shift in the role of the foundation over time. “I believe the Ethereum Foundation has established this trust relationship in the world where we do have the brand. People trust us to be neutral or honest about information so we just want to deliver the true information,” she explained.

In a sector that has been riddled with pumps and dumps fueled by speculations, aggressive marketing and forward-looking statements by project proponents, Miyaguchi says the foundation should take responsibility for disseminating honest information about the project.

For the better part of 2018, the price of ETH fell drastically at many times performing lower than the average crypto market. In that time, its market share compared to bitcoin’s dropped and it lost its place to Ripple XRP on the market cap charts. It has since regained its place following a surge last month but Miyaguchi maintains, the Foundation is far from the center of all that.

As reported, Ethereum issued a grant valued at $5 Million to parity technologies, a team focused on development in the ethereum ecosystem. Parity, which maintains an ETH client software was awarded the grant to further its work on blockchain scalability technologies like Serenity as part of Ethereum 2.0.

“I think that even the supporting and coordination work is still a reason for why the Ethereum Foundation should exist.”

Last month the foundation issued a wave of grants to 7 ethereum projects for the first time in 2019. The foundation wrote that they are “returning to [their] core focus to support critical Eth2.0 and layer 2 scaling efforts” but will also support projects which “addresses urgent, important and unique improvements which further the Ethereum vision.”