Smartereum
Home News After Another Bottom Out It Would Be A Good Idea to Start... 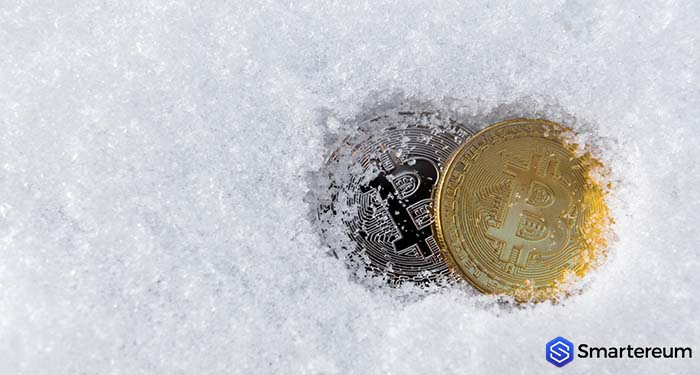 One popular member of the cryptocurrency community, EmptyBeerBottle recently talked about Bitcoin’s bottom.  EmptyBeerBottle took to Twitter air his views on the elusive Bitcoin bottom. According to him, it would be difficult for investors to call the exact bottom for Bitcoin now. However, he said that it would be a good idea to start accumulating BTC weekly awaiting an inevitable bull run. In his words;

“History tells us that buying a set amount of #Bitcoin per week/month and setting it aside will be a good financial decision if you believe in it in the long term.”

While history may not always repeat, it can be used to project a pattern. So, accumulating BTC now with a schedule is a good investment decision according to him. Long-term, this will yield significant profits. He said that $3000 isn’t going to be the bottom because the flagship cryptocurrency has already fallen by 80% from almost $20,000 to about $4000. So, if a rally comes again, these margins in cost basis will most likely be insignificant according to him.

EmptyBeerBottle isn’t the only one with this opinion. Another prominent investor TokenBacon and Blackwave’ Josh Rager, previously said that another 5% to 7% drop is nothing compared to the 80% drop in price. Rager said that calling for a bottom now is nonsensical. He concluded that a cost basis of $1800, $3,000 or any other thing isn’t going to matter in the next three to five years. He is positive that Bitcoin, along with every other cryptocurrency, will rise significantly in the next few years.

Another trader, Alec Ziupsnys, said something similar. According to him, attempting to catch a bottom right now is “like trying to pick up a penny in front of a steamroller.” He said that the market is currently full of risk and little potential rewards.

There are still many investors who believe that the cost basis will matter during an upcoming potential rally irrespective of how high it goes. This is because the amount of per unit is still going to determine the long-term profit making the bottom important. For instance, an investor who pours in $10,000 when the price of Bitcoin is $2000, will gain more than an investor who buys when the price is $3000 if the price of BTC should go to $100,000.

The stats show that investors have started accumulating Bitcoin at the current price levels. According to a recent report from Diar, retail investors are still positive about the industry. It stated that the number of people holding Bitcoin has increased by 5% since the cryptocurrency reached its all-time high. This number may not seem high but it represents a significant number of addresses. The publication did state that some addresses liquidated their holdings in November.

The cryptocurrency market collapse that happened shortly after cryptocurrencies hit their all-time highs affected investors across the board. Since the price of BTC started declining, many prominent members have been calling for a bottom but it doesn’t seem to be in sight. Why is it difficult to see a bottom? Has Bitcoin already bottomed out? When will the cryptocurrency winter end? Share your thoughts in the comment section.