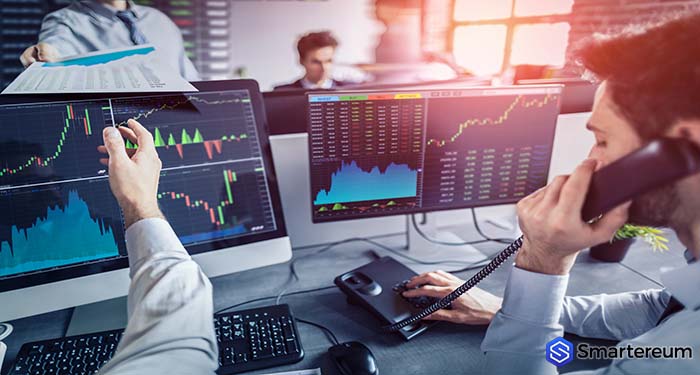 As Smartereum reported, Kraken exchange bought the UK-based crypto derivatives platform and index provider, Crypto Facilities in a historic deal worth at least $100 million. The deal which was announced on Feb. 4 was hailed as a strategic move as it allows the San Francisco-based Kraken to reach a wider customer base that Crypto Facilities has in Europe while also offering cryptocurrency spot and futures trading.

The platform’s Head of indices and pricing products, Sui Chung remarked that they have experienced tremendous growth in this short period. According to crypto news outlet Coindesk, the trading volume on Crypto Facilities increased more than 500 percent since Kraken’s buyout bid was accepted.

“In total, nearly $1 billion in crypto futures has been traded over the past month, across all five products offered by the firm: bitcoin, ether, XRP, litecoin and bitcoin cash,”

Though Crypto facilities does not offer most of its products to residents of America, Chung noted that the growth experienced bears all the markings of the U.S.-based exchanges. He pointed to less-traded futures of Litecoin and Bitcoin Cash which saw up to 1000 increase after Kraken involvement. “One of the strengths of Kraken is obviously running some of the most liquid markets for bitcoin cash and litecoin, and that’s translated over to our market as well,” he explained.

Crypto Facilities has seen a jump in its user base in this last month also. “Our [daily] users have gone up by a factor of four and that’s across all products,” Chung noted, “not just major coins but…they’ve all seen similar growth.”

The platform has now welcomed more than 5,000 new customers signed up Kraken took over and a lot of them are existing Kraken users.