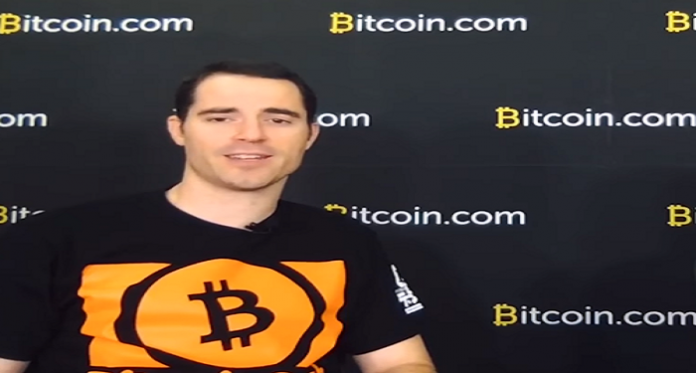 Roger Ver, the founder of the Bitcoin.com a.k.a Bitcoin Jesus, stated that Bitcoin.com’s email accounts were hacked by government-backed hackers. He thinks that the government is attacking Bitcoin.com because they know that it is trying to give the world economic freedom. Ver said;

“Because Bitcoin.com is building tools to bring economic freedom to the world, we are likely under government-backed attacks,”

Whenever Google detects a government-sponsored cyber attack, it sends out an alert to the affected party. It doesn’t matter if it is a brute force attack, phishing attempts, or malware attack, an alert goes out.

These allegedly government-backed attackers were trying to gain access to Bitcoin.com’s data on Google suite. Apart from emails, it also targeted documents, sites, spreadsheets, presentations, and even cloud-enabled backup files. If the attempt was successful, the hackers would have been able to access all the data at once.

The vice president of security engineering at Google said that the fact that the warning was against a government-backed attack doesn’t necessarily mean that the hackers had succeeded in accessing user accounts. It is usually sent to users so that they can secure their profiles before they lose access to it. In his words:

“You might ask how we know this activity is state-sponsored,” added Grosse. “We can’t go into the details without giving away information that would be helpful to these bad actors, but our detailed analysis—as well as victim reports—strongly suggest the involvement of states or groups that are state-sponsored.”

What did Redditors Say?

It’s true that Google tagged the attack as a government-backed attack. However, some Redditors have suggested that it may not necessarily be government conspiracy against Bitcoin.com. You see, Google has a database of suspicious addresses that may have participated in cyber attacks in the past. It’s also possible that they have some addresses tagged as government-owned. However, it is important to note that hackers always hide their IP links and this attack on Bitcoin.com may just be from a random attacker rather than a government-backed organization. One Redditor said:

“They might not necessarily be government backed but a website of Bitcoin.com size is bound to attract attackers, regardless. Since Google doesn’t really tell you how they know it’s a government attack you don’t really have much information to go on.”

As expected, some other Redditors supported Ver’s comment. They agreed that the government is looking for a way to silence Bitcoin.com because the website is trying to free the world from the centralized shackles. One Redditor said that the Chinese government is a suspect in this case:

“What worries me about this is that I give it about an 80% chance this means China, as Google have a very weak track record when it comes to calling out the US government. “Why would China be attacking bitcoin.com? I would have assumed China was aligned with Bitmain, and thus by extension at least neutral to bitcoin.com?”

For now, it’s not clear if the attack was sponsored by a government or not. However, nothing should be ruled out yet. Bitcoin.com and other cryptocurrency-related businesses need to up their game and are on high alert.