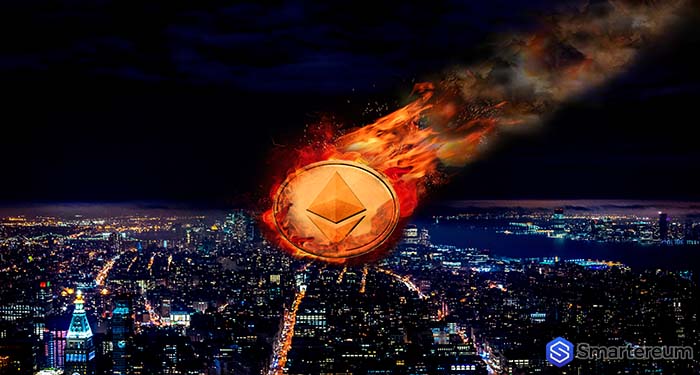 Ethereum is the most adopted and popular blockchain virtual machine network. Nevertheless, its lack of scalability solutions over the last year has set it behind. It has now created a gap for other blockchain projects such as Tomochain. More blockchain projects like Tomo will emerge in the near future. Ethereum future will be unclear, if it does not improve.

Picture it as an open-source network-based Amazon Web Services (AWS) with digital currency tokens. The platform allows developers to create and deploy Dapps (decentralized applications). The Dapps get quick adoption from the community of ether user all over the world. Nevertheless, the progress of the Ethereum network has been stagnant over the past year. This is due to the inability of the Ethereum team to evolve with the fast-growing technology and upgrade the network.

The digital currency is currently being left behind as its rivalries tend to outperform it. Ethereum has been in existence for a couple of years now. The blockchain project was launched with the aim of creating a blockchain technology-based world computer. Blockchain is a newly invented technology that is rapidly revolutionizing the world.

Ethereum has been very slow and it is unfit to be used in mainstream adoption. Meanwhile, the legacy network has been surpassed by newer and smaller competitors. Ethereum has been outperformed in several ways by rivals such as Vietnam and Singapore-based Tomochain (TOMO). Tomochain has only been in the blockchain space for about three months now.

Interestingly, Tomochain is compatible with EVM (Ethereum Virtual Machine). This means developers can migrate their Smart Contracts and decentralized apps on ERC20 protocol to Tomochain. This gives Tomochain a great competitive edge over Ethereum. The dev team of Tomochain has been taking the same approach that other projects took to emerge the top ten in the crypto space.

The approach of Tomo will attract top developers to create more decentralized apps on the platform. It would also result in partnerships with top startups and giants, which would greatly enhance adoption. The team has also ready started partnering with established firms. In the last quarter of 2018, the team partnered with The Georgian National Blockchain Agency. They also helped top Ethereum Dapp teams migrate to their own chains.

Dapps Move from Ethereum to Tomochain