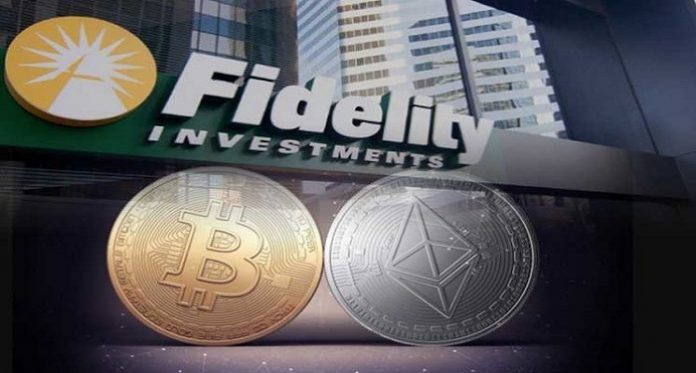 U.S.-based financial services giant Fidelity has announced the launch of its Digital Asset platform last week, about two years after it first declared its interest in digital assets.

“We are live with a select group of eligible clients and will continue rolling out slowly.” Fidelity wrote on Twitter.

As Smartereum reported last October, Fidelity outlined its plan to create a Digital Assets platform to allow its clients to invest in the burgeoning blockchain and cryptocurrency markets. It became one of the major conventional institutions in the United States to get into the cryptocurrency space.

In January, there were indications that the financial giants were planning to begin and institutional grade bitcoin custody service this March. Anonymous sources told Bloomberg the firm was developing the bitcoin custody as the next phase of its plan to offer cryptocurrency services. Though Fidelity did not confirm or deny the reports, it had earlier noted that it was developing a regulated platform that is compliant with both institutional trading and custody standards.

What to Expect from Digital Asset Platform Launched by Fidelity

In last week’s announcement, Fidelity added that the platform will first be open for selected clients and institutional investor.

“Our solutions are focused on the needs of hedge funds, family offices, pensions, endowments, other institutional investors,” Fidelity wrote.

The Investment bank had earlier noted that its digital asset offering will not focus on retail clients rather for institutions which wanted to get involved in the crypto market.

Also in the week, Fidelity Digital Assets head Tom Jessop confirmed that the platform is up and running. During an interview with CNBC, Jessop said the firm was still working on certain aspects of the platform. Not all classes of clients can assess the platform at this time, he said noting that some may have to wait till September to gain access depending on the “facts and circumstances”.

The platform may not list Ethereum (ETH) soon after launch according to feelers coming from the bank. Jessop reportedly told crypto news outlet Coindesk:

“We’re currently supporting bitcoin, we have designs to support other coins over the balance of the year center to various criteria including our [in-house selection framework], where we obviously look … at client demand and other things.”

Institutions like Fidelity got alerted by the sudden rise in cryptocurrency in 2017 which culminated in bitcoin reaching an all-time high in December of that year. Popular U.S exchanges CBOE, and CME introduced their first bitcoin futures contracts at the height of the market but before the contracts were settled, BTC price had crashed. The crash led to a prolonged downtrend in cryptocurrency prices as most coins have lost more than 80 percent from their all-time highs.

But Jessop is adamant, the negative market movements did not affect Fidelity’s plan to enter the digital assets market. “If you started a crypto fund at the height of the market,” he noted, “you’re probably hurting right now.”

Despite the prolonged bear market, institutional interest in cryptocurrency has continued to swell leading many analysts to agree that this interest will drive the next crypto bull run. Jessop explained that Fidelity, just like other institutions are encouraged to continue its crypto efforts now as they were when prices were higher.