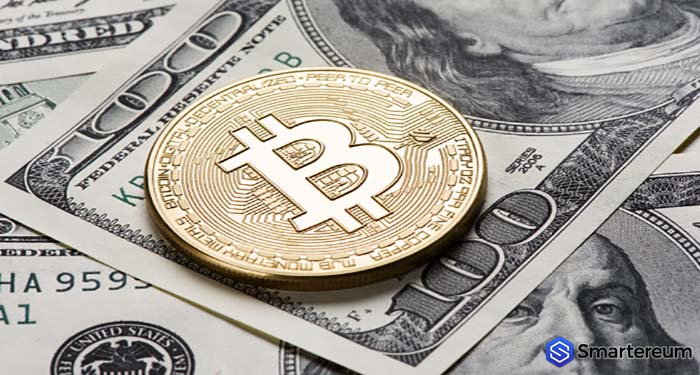 During its 10 years of existence Bitcoin, and by extension cryptocurrencies has had more than its fair share of critics. A lot of these critics happen to be well knowledgeable economists, financial analysts, investors, and professors who are so used to the conventional currencies that they do not wish to understand bitcoin.

One of these critics, Niall Ferguson has now admitted that he was wrong about bitcoin. Ferguson is a renowned economist and author ‘The Ascent of Money’, a comprehensive guide through the history currency.

While speaking at The Australian Financial Review Business Summit which held earlier this month, Ferguson swallowed his negative remarks he made about bitcoin long ago. “I was very wrong,” he told the audience at the event. He continued:

“[I was very] wrong to think there was no … use for a form of currency based on blockchain technology.”

The economic scholar had earlier said that bitcoin and blockchain-based technologies would be the “complete delusion.” He has now retracted those remarks.

Despite the downturn in bitcoin prices from an all-time high of almost $20,000 to less than $4,000 in today’s markets, Ferguson is confident that Bitcoin has a place on the future. He maintains that the current bitcoin price, though low, was “very far” from zero.

He once recounted how he watched his son’s bitcoin holdings grow in value from about $400 at the start of 2016 to above $16,000 in late 2017. With the fall in price following the crash, even strong crypto believers are finding the courage to stand by their belief in cryptocurrency.

Jamie Dimon, the CEO of JP Morgan also used to be a very vocal critic of bitcoin and cryptocurrency in general. At one time, he called bitcoin investors “crazy” and even suggested the bank may fire workers who were foolish enough to go into crypto.

His rebuke of bitcoin was so glaring that crypto supporters were taken aback when JP Morgan announced it was developing its own cryptocurrency. Several sections of the cryptocurrency community took swipe at the bank for its plan. It didn’t help that the proposed JPM coin did not fulfill the main tenets of a cryptocurrency. Brad Garlinghouse, the CEO of blockchain Payment firm Ripple recently challenged the rationale behind the JPM Coin calling on the bank to stick to its preferred fiat U.S. dollar.

In fairness to him, Dimon seemed to have backtracked from his strong anti-bitcoin stance. He did admit that he regretted calling bitcoin a bubble.

The list of renowned economists who have criticized bitcoin is endless; often times they use the word “bubble” to describe cryptocurrencies.

In 2017, when it was booming, Bitcoin caught the ire of Former IMF Chief Economist Kenneth Rogoff who predicted that BTC would collapse. He based his criticism on cycles of bubbles in the past noting that bitcoin will not survive. Later that year Nobel Prize-winning economist Joseph Stiglitz has claimed that Bitcoin should be declared as illegal adding that it was a bubble that would crash and hurt investor.

It is Still Early Days for Bitcoin

Despite the challenges, bitcoin is still a relatively new technology and could go on to succeed in the shame of its numerous naysayers.