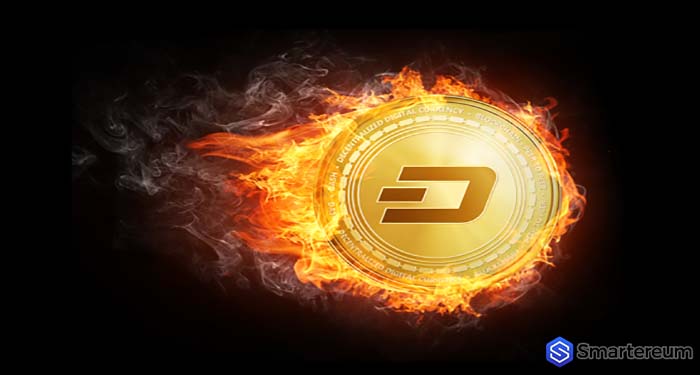 The price of Dash Money or simply DASH has risen in the past few days following some positive developments around the project. The recent rise in its price has seen the cryptocurrency flip IOTA to rank 14th in the ranking according to total coin market capitalization.

DASH began the month just above $82 USD but has since surged to a high of $93 recording an increase of more than $14 percent at some point yesterday. Question is, what are those factors responsible for the recent upturn in Dash price?

Why is Dash Money Rising? How Far will DASH price go?

There are several non-technical factors that could have caused the recent DASH pump notable among them is the news that London-based Equicex, has added Digital Cash (DASH) to its exchange platform and debit card service. This is coupled with the news of the release of its new blockchain voting software and a responsible trimming of staff of the Dash Core Group (DCG) earlier this month.

Catch all the latest news around DASH cryptocurrency and the DASH community here.

Announced Monday, London-based exchange platform and financial service provider Equicex Group said it would now support DASH alongside some other top cryptocurrencies. “Equicex Group, which offers regular and privacy-focused debit cards and an exchange, has decided to integrate Dash to greatly enhance the spending options of Dash users,” a blog post by the Dash News read.

According to Equicex CIO David Miller, the Blue VISA Card is currently available for British Pounds (GBP), Euros (EUR) and U.S. dollar (USD) fiat currencies, adding that the firm “will add more currencies depending on [the] users’ countries”.

Just after the announcement, the price of Dash Money jumped by just over 12 percent compared to the last 24 hours. It will reach 14 percent at its highest point during the day.

With the recent gains, DASH is now the 14th biggest coin by market capitalization after it overtook IOTA which is now in 15th place with a market cap of $799 million. The difference between the market cap of both coins is just about $3 million although it was more than 5 million at the height of DASH surge.

As Smartereum reported, Dash blockchain released a new version of its blockchain election software known as the “Dash Trust Protector Election software” as an effort to improve the decentralization of the Dash Autonomous Community. The codes have been added to DASH GitHub. The Deputy CTO of Dash Core Group Nathan Marley who developed the software promised to address questions about a DASH GitHub page for dashevo.

Earlier in the week the Dash Core Group responsible for the development of the Dash ecosystem announced “cost-cutting” measures which led to the release of at least five members of the team including the Head of Strategy Alexander Chopan and Head of Business Development Bradley Zastrow.

The Success of Dash in Venezuela

Venezuela is among one of the biggest users of Dash which hopes to provide a digital cash alternative to third world countries. There are about 4,800 merchants who have integrated Dash in countries like Venezuela and Columbia. Last year Dash introduced Dash Text, an SMS service that allowed Venezuelans to send and receive funds via SMS codes without internet service.

Despite the nationwide blackout in the country and widespread crises and economic turmoil, the Dash Text has continued to work helping Venezuelans send and receive money in and out of the country. Dash announced this as an important feat give the crumbling of financial services in the country; some mobile transfers and phone top-ups were unavailable at the time.