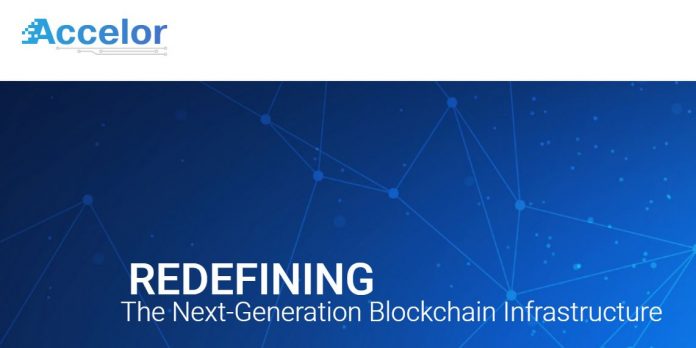 Blockchain hardware manufacturer Accelor announced Wednesday, March 13, the launch of its first set of computer hardware optimized for blockchain applications, this after about a year of silent development.

In a press release shared with Smartereum, the chip makers explained that the products—Accelor Performance Engine (APE) and Accelor Security Architecture (ASA)—helps address areas of blockchain improvement that cannot be solved by only software changes.

The APE and ASA are part of Accelor’s technology which is based on Field Programmable Gate Array (FPGA) and allows developers to optimize computing performance and decentralized security.

Blockchain applications bring benefits like transparency, immutability, decentralization and lower fees to financial, health and other sectors. The technology, however, has been plagued with challenges one of which is the problem of scalability.

GJ Chu, the co-founder of Accelor explained that the hardware technology developed by his firm forms the “crucial part of the data center infrastructure that will help Blockchain deliver on its enormous potential.”

“Blockchain has introduced valuable new techniques for how we share and secure private data, but the industry’s software has run up against an impossible triangle between decentralization, security, and performance,” Chu explained,

“Commodity CPUs are not friendly to the cryptographic, network, and database operations necessary for [blockchain] systems to scale without sacrificing security and it is paramount for the industry to move these intensive computing functions onto dedicated hardware.”

Per the press release, the ACE as a dedicated hardware infrastructure will optimize the under-the-hood blockchain processes including encryption, storage of ledger data, and relay of transaction data. It noted that ACE, which has a theoretical speed of more than 200,000 transactions per second, improved blockchain systems by 10 times when tested on Hyperledger Fabric. ASA, on the other hand, is designed to eliminate security threats associated with regular CPU-based networking which are detrimental to blockchain systems. “[ASA] gives users ultimate authority over their hardware, affording each individual the flexibility to choose where to place their root of trust,” Accelor wrote.

The San Francisco-based startup is backed by $2M in seed funding from Chengwei Capital, a Chinese evergreen investment fund which according to Crunchbase has invested in over 45 companies including Baibu and AInnovation. The team which include alumni from Qualcomm, Nvidia and AMD has at least one approved blockchain-related patent in the U.S. with 5 more pending.

As Smartereum reported, popular chip makers Bitmain and NVIDA have posted significant losses in their earnings from the sale of cryptocurrency mining hardware due to the prolonged downtrend in prices of cryptocurrencies. But despite the cryptocurrency crash, interest in crypto’s underlying technology has not waned. Observers have called for advances in the technology which is widely predicted to disrupt a lot of sectors.

“While speculators have loudly focused on blockchain’s volatile boom and bust cycles according to its market buy/sell prices,” he said, “Accelor’s team is looking forward with a deeper understanding of the necessary requirements and corresponding changes that blockchain and cryptographic messaging presents for the future of network data management.”