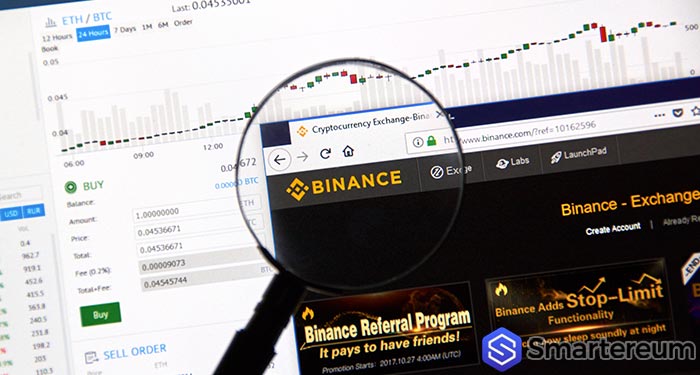 The irony that has followed cryptocurrency and the push for decentralization is that platforms, where most of the coins are exchanged, are as centralized as can be. This may be changing is feelers coming from Binance exchange is anything to go by.

Binance is by far the world’s largest cryptocurrency exchange by adjusted daily trading volume. The operator of the exchange has continued with plans to introduce the biggest and most viable decentralized exchange, a move that many saw as mere lip service when it was initiated. And, they had good reason to believe so.

Cryptocurrency exchange—platforms where users buy and sell digital assets like Bitcoin and Ethereum—have been pointed as one of the biggest beneficiaries of the cryptocurrency boom of 2017. More than that, these platforms have continued flourish despite the collapse of cryptocurrency prices lasting for over a year.

Exchanges make their money through trading fees charged when users buy and sell cryptocurrencies on the platform. Another source of revenue is through listing fees charged to blockchain projects before their tokens are listed on the exchange. Exchanges reportedly generate substantial revenue when listing cryptocurrencies, so when Binance announced last year that it would not dictate listing fees, the crypto community stood up to take notice. Before then, Binance was accused of charging as much as $2.6 million for listing a project’s token.

Binance Coin (BNB)—the native token used on the Binance platform was originally developed on the ethereum network. However, Binance announced last year that it will migrate its BNB token from an ERC-20 token to its own Binance Chain. The Binance will also host its own decentralized exchange, the Binance DEX.

Decentralized exchanges, where users’ tokens are not stored by the operator are widely seen as the future of cryptocurrency exchange. However, these exchanges are plagued with a number of issues including poor user interface and lack of liquidity. The popular exchanges where most users trade cryptos are not decentralized.

Binance getting into that space would definitely turn things around. The exchange has an established name and a lot of liquidity. Binance DEX will definitely waltz through to become the biggest DEX. It could even become the biggest crypto exchange beating Binance’s centralized platform and maybe precluding the need for it.

Anyone who is in doubt about how far Binance can take the DEX project should take a look at its BNB coin which has risen from oblivion to become a top 10 cryptocurrency by market cap.

Binance Coin is trading at $15.5 to the USD currently 2 percent down from the last 24 hours. It is one of the best performing coins in the past couple of weeks adding more that 50% since the start of March. It is ranked 7th with a market capitalization of $2.2 billion.

How far is Binance DEX From Launch?

Much of activity around BNB coincides with the impending launch of the Binance DEX. Since last year, the company has released at least two demos of the platform. The latest demo released in December revealed a web wallet, a blockchain explorer, and a new trading interface which bears a striking resemblance to the binance.com platform.

Last month, Binance finally launched the testnet for its DEX making it open for customers to test the platform before its eventual launch. According to Binance CEO Changpeng Zhao, the DEX will launch as soon as the Binance Chain goes live.

“Binance is very much trying to cannibalize their own business,” Jain said on Laura Shin’s podcast Unchained explaining:

“That is the explicit goal here. And one of the ways they are encouraging people, both makers, and takers, to move over to Binance Chain is by actually offering lower fees on the decentralized exchange than the centralized one. So there’s actually a fundamental economic motivation to move over.”