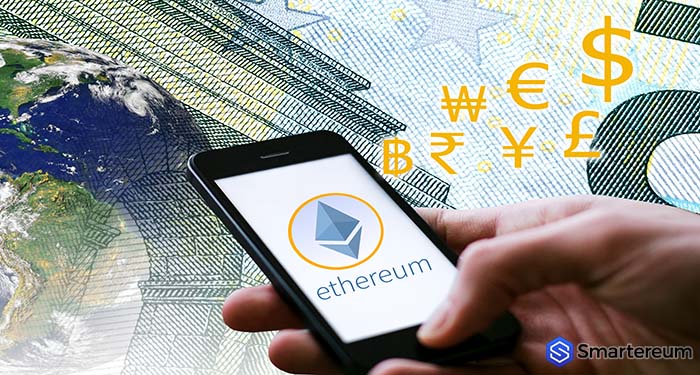 Vitalik Buterin, the co-creator of Ethereum has explained how higher Ether (ETH) price will positively affect the wider ethereum ecosystem. During an interview with Laura Shin on cryptocurrency show, “Unchained” Buterin said that higher ETH prices are beneficial to the network security and the development of the ecosystem. The interview was hosted at Columbia Graduate School of Journalism on Wednesday, March 20.

Among issues discussed by the Ethereum founder were concerns questions about the participation of core developers and project leaders in the discussions about the price of ethereum. In response, Buterin explained that the ethereum project teams chose to stay away from the value and pricing of ether (ETH) for obvious reasons.

“In part, it was counter-signaling to distinguish ourselves [Ethereum] from other crypto projects that do pumping and lambo-ing way too much. But it was also about minimizing legal risk by basically trying to make the project seem more distant from something that would be covered by financial regulation.”

As Smartereum reported, Aya Miyaguchi, the executive director of the Ethereum Foundation clarified that the organization did not have anything to do with the price of Ethereum’s native token, ETH. Ethereum foundation is the nonprofit responsible for developments on the ethereum ecosystem. Miyaguchi explained that the foundation was instead focused on the welfare of the core developers and relaying genuine information to the vast ethereum community.

Contrary to the notion that cryptocurrency prices concern only traders and investors, Buterin argued that since the price of ETH can directly affect the ethereum network and the ecosystem, people can’t claim price doesn’t matter. “Even if people try to claim the price doesn’t matter at all, they [the regulators] are totally going to see through that,” he said in the interview.

In one of two case studies he used to prove the impact ETH prices on the entire ethereum community, Buterin claimed that higher prices, not lower will favor the security of the ethereum network.

“If the price is zero, then the network can’t be secure. That’s true in proof-of-work and proof-of-stake.”

The ethereum co-founder added that the prices of ETH definitely affects the rate of development on the ethereum network as it incentives developers and other contributors to work on projects within the ecosystem. He noted that creators and participants in a crypto project are also holders of the cryptocurrency therefore, changes in the price will affect funding for the projects.

This has been observed widely in the cryptosphere since the dramatic rise and sudden collapse of cryptocurrency prices between 2017 and 2018. During the boom period, lots of crypto projects were springing up and raising huge sums of capital via Initial Coin Offerings. However, since the prolonged downtrend in crypto prices, ICOs have become unpopular and some crypto and blockchain projects are suffering.

ConsenSys, created by another ethereum co-founder Joseph Lubin has had to trim down its workforce as well as some projects in cost-cutting measures following the crypto crash. A whole development team for Ethereum Classic known as ETCDEV discontinued operations citing the paucity of funds caused by the decimated prices of cryptocurrency.

Ethereum Foundation has resorted to supporting developers with grants to encourage them to create solutions for the ethereum ecosystem especially in areas of blockchain scaling and ethereum 2.0. Parity Technology was a beneficiary of $5 million grant last year.

At the time of writing, 1ETH to USD is trading at $137 which is about 2.5% down from the last 24 hours. Ethereum price forecasts had put ETH to move towards $150 mark by the end of March but the token did not maintain its position above $140 mark for long.