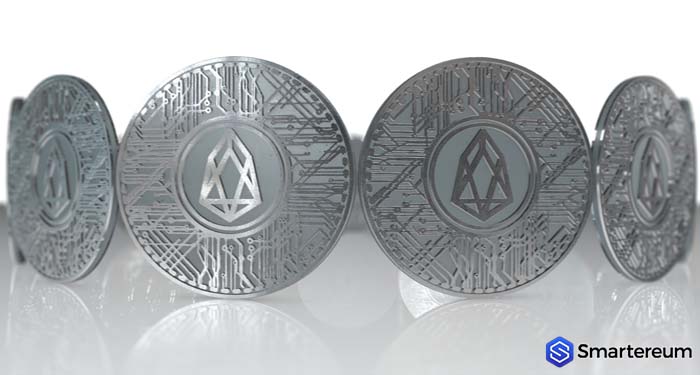 Ever since its emergence, EOS (EOS) has faced a lot of criticisms. A lot of skeptics directly criticize the dependence of the network on small groups. This has made many critics believe that EOS is centralized. For instance, the circulating tokens of EOS are dominated by whales. 69 percent of EOS tokens in supply is owned by only 100 EOS addresses.

Under the DPoS consensus model of EOS, there are only twenty-one block producers. These block producers are in charge of running the network. Nevertheless, many are not aware that only 5 out of the 21 block producers are presently running full history nodes. At the moment, Dapp developers can only query the whole history of the EOS blockchain via these five nodes.

The other 16 block producers are running nodes with a partial history of the EOS blockchain. 80 percent of transactions on the blockchain can work with partial history. However, the remaining 20 percent need a full history query.

EOS requires full history nodes to handle terabytes of data at a stretch. In contrasts, Bitcoin is still less than 200 GB at the beginning of this year. To run a full history node, a block producer needs to pay for the computing resources required to process such volume of data. As more transactions are carried out on the blockchain, the situation will only get worse. This reason is that the blockchain will continue to grow in size.

Fortunately, solutions are beginning to come to the spotlight. One of the recent solutions is LiquidApps. LiquidApps just launched its decentralized application network. The Dapp Network offers utilities and tools that are designed to attract Dapp developers to the EOS network. vRAM is the first use case of the network. Block producers need actual RAM to run their node. But EOS runs on its version of RAM.

If a Dapp developer wants to launch a Dapp on the EOS blockchain, the developer must purchase EOS RAM up front. The value of EOS RAM is determined by two major factors – demand and supply. Also, the cost for developers can be on the high side. The vRAM of LiquidApps is compatible with the Ram of EOS. It is sourced from a decentralized network of DSPs (DAPP Service Providers).

An individual or an entity can be a Dapp Service Provider. The only condition is that they must meet the minimum requirements for becoming a block producer on the network. DSPs can package vRAM as they want once they are part of the DAPP Network. They can sell the packaged vRAM to developers for DAPP tokens.