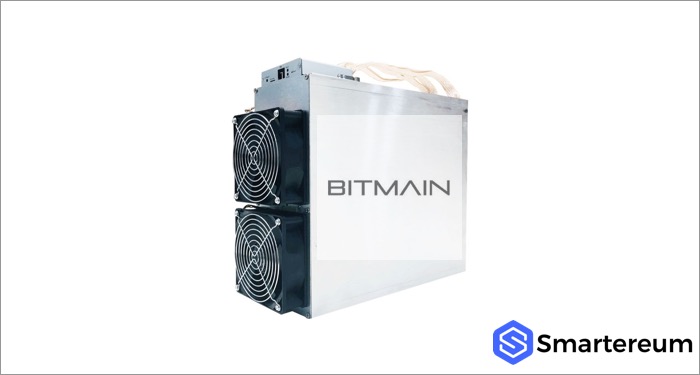 Cryptocurrency Mining hardware manufacturer Bitmain may have a big one up its sleeves according to a recent report by crypto news outlet Coindesk.

The crypto mining giants are reportedly planning to expand new crypto mining operations in China which will include 200,000 units of mining equipment. The idea, the report noted is to benefit from China’s low-cost hydroelectric power

Bitmain to take Advantage of Cheap Hydro Electricity for Mining

Citing an unnamed mining farm operators with the Bitmain with the matter, Coindesk wrote that the crypto mining giants will spend around $80 million or more to set up the equipment in other to benefit from seasonally low electricity costs during the summer resulting from excess hydropower. Around May, excessive rains in southwestern China leads to boost in hydroelectricity generated in the region and a subsequent drop in electricity costs.

To benefit during this period, the report claims that Bitmain has begun talking with local crypto mining farms around the area to hoist its equipment.

Bitmain Plans to Use its Latest AntMiner S11

Among the equipment Bitmain plans to use for the operation include its newly launched series AntMiner S11 ASIC. The hardware was released a few months ago as one of the energy-efficient bitcoin mining ASICs. Apart from the AntMiner S11, Bitmain is reportedly planning to install AntMiner S15 rigs and other older models like the AntMiner S9i/j.

Bitmain Revenue from Mining Dropped by 90 percent as IPO Stalls

As reported, the bitcoin mining giants are planning to conduct an Initial Public Offering with the Hong Kong Stock Exchange. It filed its first prospectus ahead of a possible listing with the HKSE last September.

However, as the IPO stalled, the crypto market got worse and is biting hard on Bitmain’s revenues. In an updated IPO financial document, Bitmain reportedly lost as much 90 percent of the value of its cryptocurrency reserves. The reserves, according to some reports, was down to $130 million in value more than 90% of its value within a twelve-month period.

The firm also closed down operations in its development center in Israel, releasing all the local staff in the process. It also dropped workers in Netherland amidst report that it laid off 25 percent of its entire workforce. Interestingly though, Bitmain founders Micree Zhan and Jihan Wu were the only crypto billionaires listed by Forbes Billionaire list in February 2019.

Bitcoin mining is usually a tradeoff between energy costs and the value of cryptocurrency earned during the operations. As Bitcoin and other cryptocurrencies lost more than 80 percent of their values from their all-time highs, mining became less profitable. The move to utilize the seasonally low energy costs in China is obviously a smart one.

Mining cryptocurrency with renewable energy like hydro-electricity and wind power have been touted as the way to go. This is because it will reduce environmental pollution and power costs since mining consumes much energy. Missoula County in the United States is considering regulations to limit cryptocurrency mining to only renewable energy.