Smartereum
Home News Update Can Blockchain Solve The Problem Of Gun Violence In The US? 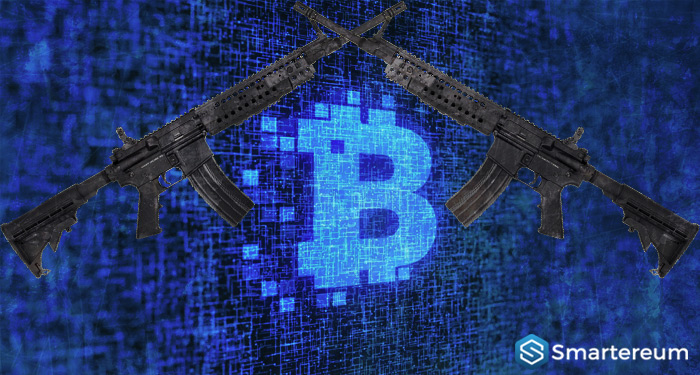 America is facing a unique problem. With the widespread availability of guns, mass shooting sprees are unfortunately too common, happening almost once every month. Some tech savvy experts think that blockchain might be able to solve the gun violence epidemic in America.

With the help of the blockchain, the manufacturing, distribution and sale of guns can be tracked to a large extent. This will ensure that governments and other authorities are able to know in real-time the sale of guns.

Also, electronic safe can be created which will incorporate the past history of the individual. It will also incorporate the profile of the person pertaining to psychological issues as well as other violent crimes. This ensures that the government is able to have the entire data about the individual who is buying the guns.

With the help of data verification as well as tracking of the consents, it will be easier for authorities to always keep track of the gun owners. Moreover, with the help of background checks, guns can be denied to certain citizens with certain negative records, this ensuring that the spread of guns can be limited. Also, when the individual is notified that government has all the data whenever he/she buy guns, it will act as a deterrent to use guns for illegal purposes. This will ensure that individuals are able to avoid use of guns to a larger extent.

While the likelihood of such a system of record of guns built on the blockchain becoming a reality is highly unlikely, it is a potential solution to the issue of gun violence and mass shootings that seem to plague the US from time to time. Even if there was political will to undertake such an effort, a system like this would likely take years to build.