Facebook has been accused of misusing user data on several occasions. The social media giant, which now has several subsidiaries, is one of the most centralized organizations in the traditional tech world. Blockchain technology stands against such control and misuse of data. This is why it was kind of surprising to see that Mark Zuckerberg and his team posted an advertisement for Facebook blockchain job on its careers page.

Whoever occupies this new position will have to draft and negotiate contracts for Facebook’s blockchain initiative. This will include contracts for new products, partnerships, and expansion on an international level. The chosen candidate will also have to advise prospective clients on business strategies, risks, as well as structure the relationship of the company with partners. The Facebook job posting also states that the selected candidate should have a law, J.D. degree and be a member of at least one bar in the United States.

The fact that Facebook is looking for someone who has experience in the technology payment space further confirms the rumor that Facebook is working on a cryptocurrency that would be used on WhatsApp and Instagram. New York Times has suggested that the cryptocurrency will be launched before the end of Q1 2019. They also said that it will be a stablecoin that will be begged to many fiat currencies at a time.

“Basically, you take your information, you store it on some decentralized system and you have the choice to log into places without going through an intermediary.” 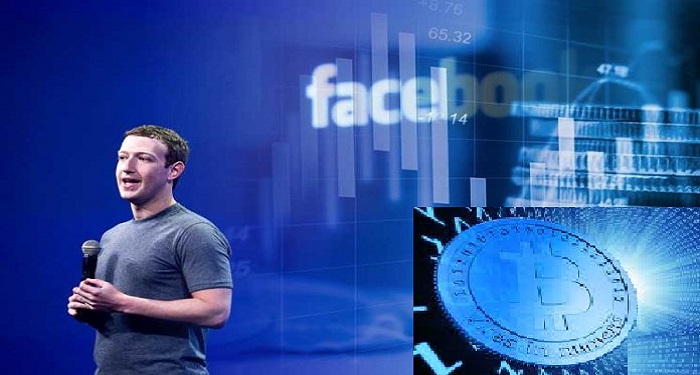 According to John Persinos from investingdaily, Facebook isn’t standing still. The company continues to make strategic acquisitions and invest in cutting-edge technologies.

Facebook intends to transform itself from its roots as a Harvard University yearbook to the one program that will allow you to do just about… well, everything.

Facebook Live is a live-streaming video feature that allows developers to build Facebook video directly into their apps. On the virtual reality (VR) front, Facebook has unveiled its own device, a Surround 360 camera that captures 360-degree video in stunning high definition.

Facebook is striving to make Messenger the “Everything App,” offering services, such as mobile payment services, that will make other mobile apps obsolete. Monetizing the Messenger app should boost profits. Facebook also is developing its own online video game platform.

By evolving into more than just a social media site, Facebook shows the potential for significant multi-year growth.

And now, allow me to be the skunk at the garden party.

The aforementioned positives all sound exciting, but there’s a big problem hanging over these ambitious plans.

Facebook stock has taken a beating, in the wake of revelations that Cambridge Analytica, a London-based voter profiling company, harvested data from 50 million Facebook users at the behest of Donald Trump’s presidential campaign.

Cambridge Analytica was accused of purloining personal data from Facebook to target voters via various media outlets, bombarding them with “fake news” and other disinformation campaigns.

The data mining firm created “psychographic” profiles of voters, especially in crucial districts in swing states, who were particularly susceptible to propaganda and smear tactics. Facebook was slow to respond to the revelations; Cambridge Analytica has since shut its doors.

The average person’s love affair with social media has spawned a torrent of detailed consumer data that can be harvested for marketing and advertising purposes. Advertisers in turn pay for access to those metrics.

The business model worked. Now, it’s under attack from users, regulators and lawmakers. The behemoths of Silicon Valley face a crisis of confidence.

For the past several months, the worsening coarseness expressed on social media has stirred debate about whether social media is bettering society or debasing it. Cyber bullying has become a pressing issue. Concerns about fake news have come to a head.

The U.S. Federal Trade Commission announced in 2018 that it had started an investigation of Facebook’s privacy policies. These privacy concerns are weighing on Facebook’s stock and its future as a company.

Zuckerberg’s testimony in the U.S. Senate in April 2018 on social media privacy didn’t help. Looking uncomfortable in a business suit, the young billionaire put in a performance that was widely perceived as arrogant and insufficiently contrite.

In November 2018, Zuckerberg refused an invitation from the British Parliament to testify before a similar inquiry.

European Union regulators already have clamped down on privacy violations and are preparing to place restrictions on Internet advertising.

The EU in May 2018 implemented a sweeping, new privacy law. Dubbed the General Data Protection Regulation, the law treats personal data as owned by an individual. Any use of that data must be accompanied by permission fter receiving a written request. “Opt out” will be replaced with “opt in.”

On Thursday, July 26, Mark Zuckerberg was reminded of an important lesson: What earnings giveth they can taketh away.

FB shares on that day plunged nearly 20%, its biggest one-day drop ever (see chart, compiled with data from Yahoo Finance). Zuckerberg’s personal fortune took a hit of about $16 billion. Ouch.

We’re siding with the bears on Facebook. Privacy concerns and technological competition will likely intensify in 2019. The company remains vulnerable to headline risk; another bad quarter or political scandal could easily trigger another crash in FB shares.

The stock has suffered but it remains overvalued. FB’s forward price-to-earnings ratio is 19.5, compared to the forward P/E of 16.5 for the S&P 500. FB’s premium valuation is not supported by expected future growth.

The average analyst expectation is for Facebook’s year-over-year EPS growth to come in at 36.4% this year. That’s a decent figure. However, for 2019, the expected EPS growth rate falls off a cliff and only comes in at a paltry 2.7%.

Facebook currently claims 2.27 billion monthly active users (MAUs), defined as those who have logged into Facebook during the last 30 days. The company boasts 1.74 billion mobile active users, an important market for advertisers.

Facebook launched its initial public offering (IPO) in May 2012. With a peak market

capitalization of over $104 billion, the social networking company had one of the largest and most hyped IPOs in history.

Indeed, as this video shows, the IPO helped make Zuckerberg an even bigger media star.

Sporting a market cap of $424.9 billion, Facebook encompasses a family of services and apps, including WhatsApp, Instagram, and Messenger.

Facebook makes most of its money from digital advertising. Unlike rivals such as Alphabet’s (NSDQ: GOOGL) Google, which allows advertisers to serve up ads based on keyword searches, Facebook’s value proposition is advertising that’s narrowly targeted to the interests, demographic profiles and past behaviors of users.

Advertisers can create customized ads by relying on the detailed trove of personal data about users generated by Facebook’s product ecosystem.

Facebook has beaten the broader market over the long haul. However, over the past year or so, the stock has exhibited extreme volatility and underperformed not just its peers but also the S&P 500. Privacy scandals, slowing user growth, disappointing operating results, and concerns about FB’s pricey valuation have all taken their toll.

Who Are Facebook’s Rivals?

Competition in the social media realm is Darwinian, with new innovations unfolding at a bewildering pace. Let’s look at Facebook’s top three competitors.

Based in Mountain View, California, LinkedIn is the world’s largest professional networking service on the Internet. The company often exceeds the earnings growth expectations of Wall Street.

LinkedIn has over 562 million MAUs. The company was purchased by Microsoft for $26.2 billion in 2016, a move that gave the social media site considerably deeper pockets for strategic investments.

Once derided by the social media cognoscenti as a stuffy “Facebook for losers,” LinkedIn has grown in popularity even among non-executive types. Since its splashy IPO in 2011, the company has steadily generated impressive earnings.

LinkedIn is the main platform for professional profiles and recruiting. LinkedIn also is spreading its presence throughout the Internet, by absorbing other social media sites and beefing-up its search engine capabilities.

LinkedIn’s grand strategy is to use acquired resources to seamlessly integrate employment and staffing services with job seekers.

Many websites and media companies have faced huge challenges in making a profitable transition from desktop computers to mobile devices. It’s one thing to embrace mobile technology; it’s another to actually monetize it. Unlike many of its peers, LinkedIn has proven adept at monetizing its mobile presence through advertising.

Google has attempted to attract Facebook users through its social media platform Google Plus, but the site’s user rate is meager compared to FB’s. Both companies compete ferociously in the Internet advertising realm.

Google is heavily marketing its cloud services, YouTube video app, and consumer gadgets. Steady demand for advertising on mobile apps continues to fuel Google’s core ad business. This cash is being put to good use.

Google purchases ads during big media events, such as sports championships. The firm is promoting its new Pixel 2 smartphone and YouTube television service. It cut prices on hardware to get online search and streaming into consumer homes. It recently ramped up staff.

Google is devoting more revenue to ensure its search engine is the default option on products and services, such as the Apple (NSDQ: AAPL) iPhone and Mozilla’s Firefox browser.

With a market valuation of $25.9 billion, Twitter has 335 million MAUs. The well-known microblog has become a staple of modern society. Everyone from the high schooler who works at your local convenience store to the president of the United States has an active account, but it’s small compared to Facebook or even LinkedIn.

Twitter’s greatest resource remains its massive database of information. A majority of Americans use social media as their primary source for news. By its nature, Twitter is more useful as a news platform than Facebook, LinkedIn or Google. As we’ve seen, President Trump — our “Tweeter-in-Chief” — can crush a stock or spark a geopolitical crisis with a single tweet.

Twitter’s initial appeal was its simplicity, compelling users to communicate in a limited number of characters. The site still has appeal for users, but it’s probably not enough to ensure significant future growth.