Facebook stated new blockchain positions. The new blockchain-related job opportunities were published on the company’s career page. In the description for the job openings on its website, Facebook explained that its blockchain division is a subsidiary designed to create blockchain solutions in healthcare, fintech and ICT sectors.

“The blockchain team is a startup within Facebook and we’re exploring lots of areas of interest across all facets of blockchain technology,” Facebook wrote adding that:

“Our ultimate goal is to help billions of people with access to things they don’t have now – that could be things like healthcare, equitable financial services, or new ways to save or share information.”

With the new information, Facebook lifts the lid on what used to be a rather secretive approach to blockchain tech. It doesn’t take away all the speculations though as it could be interpreted as a veiled statement of its ambition.

One thing is clear. Facebook’s blockchain division would work on solutions outside its social media business and could even lead to spinoffs in the future. It could also create a cryptocurrency that is not tied only to Facebook.

The blockchain jobs posted by the internet giants cut across various fields of operations. While some are technical, some others are non-technical and only require familiarity with blockchain. In total there are at least 22 different blockchain jobs on the page as at press time.

Some of the technical roles include the role of “Software Engineer, Blockchain”, “Threat Investigator, Blockchain” and “Data Engineer Blockchain”. While the description mentions the role of the blockchain division, it did not specify blockchain expertise beyond the skillset of the regular professionals.

The non-technical roles include “Lead Commercial Counsel”, “Community, Media & Web Manager”, “Brand Marketing Manager” and others. Among other duties, the Lead Commercial Counsel will be responsible for “contract drafting, negotiation and advisory responsibilities for Facebook’s blockchain initiative.” The preferred candidate will have experience with blockchain and with the legal issues arising from blockchain applications, Facebook noted.

Interestingly, Facebook is looking for a Director of the technical accounts and SEC reporting team. Following the regulatory concerns around blockchain and digital currency, Facebook has created a team that manages technical account and reporting to US securities regulators. Facebook is on another hiring spree to boost its teams working on its blockchain and cryptocurrency project. The new blockchain-related job opportunities were published on the company’s career page.

Square Crypto Not Limited to Solutions within the Payment Company

Last week, Smartereum reported that Twitter CEO Jack Dorsey established a new cryptocurrency initiative through his payment firm Square Inc. Similar to Facebook’s approach, Square Crypto is not limited to solutions within the payment company. On the contrary, Dorsey said the team of developer will create open source solutions that will benefit the crypto industry and not Square Inc. He explained that Square Crypto will be independent of Square’s objectives or commercial interests.

Other tech giants like IBM, Amazon, and Microsoft are developing a wide range of blockchain solutions across industries. 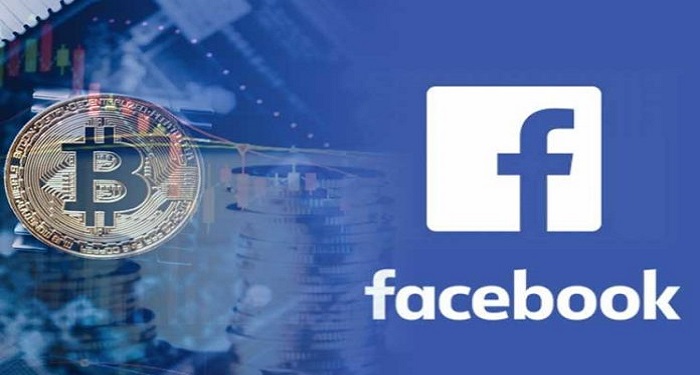 According to todaysgazette, it appears Bitcoin (BTC) will finally launch on Facebook Messenger. The development is coming from Wuabit, a platform that creates cryptocurrency wallet.

Wuabit says it is planning to integrate with diverse number of social messaging apps to make it easy for users to transact Bitcoin (BTC), Ethereum (ETH), Ripple’s XRP, Litecoin (LTC) and Bitcoin Cash.

According to Micky, the founder of Wuabit, Manuel Polo says testing is expected to start next month on WhatsApp, and then on Facebook and Telegram.

The Wallet, Wuabit, is regarded as a crypto wallet accessible via a chat interface like WhatsApp, and some other messaging apps. Wuabit, when fully launched, will performs the function of exchanges and does payment transaction in a seamless manner.

“Wuabit is a so called “software agent” powered by some specialized AI and accessible via a chat interface (so it’s a chatbot),” the founder said in an update on Medium late last year.

The idea will first launch on WhatsApp, being the most ubiquitous instant messaging (IM) platform on the universe, then Facebook Messenger, Telegram, WeChat, and Viber.

Through Wuabit, users are abkle to “send 0.05BTC to Vera” using a simple and readily available app like WhatsApp, Facebook Messenger and some others.

The last job opening signifies that Facebook is seriously expecting to battle the Security and Exchange Commission.

Observers are of the opinion that Facebook and some other big firms have the tendency of increasing cryptocurrency adoption across the universe owing to the trust people have in their innovations.