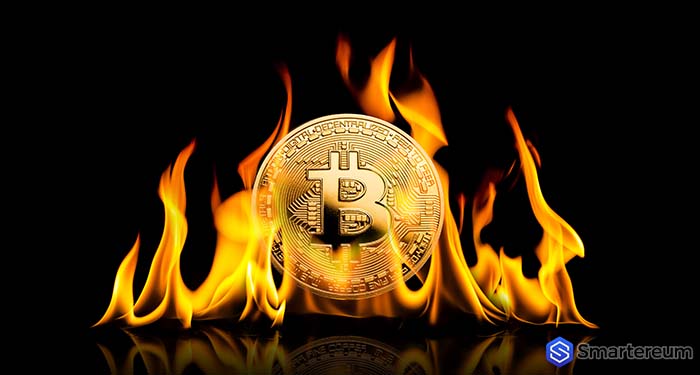 Curiosity has taken over the crypto space. Every enthusiast and potential trader wants to know when the next crypto bull run will start. The digital currency reached an all-time high in December 2017 and since then, it has been stuck in a crypto winter.

As well all know, Bitcoin, is the highest rising digital asset of all time. This is partly because of Bitcoin’s speculative nature, unlimited potential, and its built-in difficulty adjustment designed to throw off the elements of supply and demand to create a balance. This increases the Bitcoin price against the USD in return. It is a major reason why the leading digital currency can potentially initiate the next crypto bull run.

Due to the factors attributed to Bitcoin above, the top asset class almost often experiences massive volatility. It typically gets up to 50% or even higher in price changes within a month. Which has been the norm for the Bitcoin (BTC). However, as history has shown time and again, Bitcoin (BTC) has being held in tight trading range. Meaning it is well on track to set records for the least volatile month ever.

All in anticipation of the next crypto bull run, there’s much debate between the bears and bulls in the digital asset sector. The debate is about whether or not the bottom of the ongoing bear market has happened. It should be recalled that after Bitcoin fell from its $20k all-time, it has mingled between unbreakable support and lowering overhead resistance, at $6,000.

However, as of November 2018, all of that quickly changed. Bitcoin (BTC) suffered a violent fall to reach its current price trading range. Since that time on words, the leading digital currency hasn’t experienced a brief period of relative stability which is a rather uncommon predicament.

In March, the Bitcoin price has traded in a narrow range of 7.8%. The decline in price from just over $6,000 to $3,150 represents a 50% drop for the digital asset’s comparison sale. While the majority most other cryptocurrencies would be regarded as highly profitable considering 7.8% change in one month, this stability is something truly rare for the almighty Bitcoin.

Quoting MarketWatch, the 7.8% trading range, could eventually break the trade record for the tightest trade range in Bitcoin history. This is feasible if March’s monthly candle goes on to close at 7.8%. Everyone will be watching this candle closely with great anticipation because traders are expecting fireworks.

Prominent crypto analyst, Murad Mahmodov, told MarketWatch that in BTC history, volatility is a neutral sign. According to the analyst, “low-volatility periods have always preceded prolonged crypto bull runs. “Particularly after capitulation periods of high momentum which was last seen in November and December 2015.”

The last period that Bitcoin had extended low volatility was in 2014-2015. The last bear market. At the time BTC crashed from $1,000 to $200 which has a similar drop percentage with what was attained now at 84%.

Stability is essential for Bitcoin to become the global currency that many crypto proponents position it as. The long-term logarithmic chart suggests that if the Bitcoin price rises near its ultimate destination, then stability could be commonplace while the issue of volatility should disappear.

In other reports on Bakkt crypto, Coindesk reports that Bakkt, which is scheduled for a November launch will not feature margin trading. The report was made public knowledge by Bakkt CEO Kelly Loeffler.