Smartereum
Home Companies Amazon Ripple (XRP) Only a Step Closer To Amazon As the E-commerce Giant... 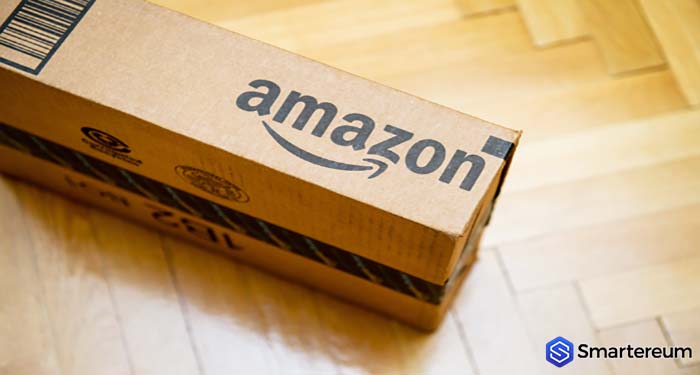 E-commerce giant and online retailer, Amazon, has reportedly entered a partnership with global payments processor WorldPay. The goal of the collaboration is to add Amazon Pay to WorldPay’s huge list of merchants. The report came via a press release on March 20.

The partnership with Amazon means WorldPay has become the first acquirer to integrate Amazon Pay for merchants on its roaster. This is a milestone for the payments processing sector.

Is Amazon Pay Trying to Push Forward as a Leader in the Payments Processing Industry?

Amazon Pay is already a popular payment model. It is also widely used outside the Amazon platform by brick and mortar retailers. Even other online merchants globally.

According to Patrick Gauthier the Vice President of Amazon Pay, the partnership with WorldPay is a bold step towards Amazon Pay’s goal to become more widely available to merchants across the world. The company desires to become a global payments processor leader in the online retail space and other forms of payments.

“We began to think about how we can simplify integration and onboarding. We are also looking for ways to better manage ongoing operations. So, we have decided that the best solution for this is to partner with another large merchant acquirer. The reason is that it simplifies many day-to-day problems affecting settlement, reconciliation, dispute management and reporting.”

In addition this, Gauthier declared that Amazon Pay is set to improve merchant and buy interactions. The new partnership with WorldPay is going to be the starting point for more innovations in the payments processing sector.

Does the New Deal Mean Amazon is Getting Closer to Ripple?

Amazon Pay’s partnership with WorldPay sounds exciting for Ripple (XRP) proponents. The community are waiting eagerly with hopes that Amazon is really getting closer to implementing the Ripple protocol. The primary reason for this is because WorldPay was acquired recently by Fidelity National Information Services Inc. (FIS). FIS is a US fintech company and a partner of decentralized network Ripple.

Hence, it is safe to say, since FIS was already in a partnership with Ripple before it went on to acquire WorldPay, and WorldPay is teaming up with Amazon Pay, it is an indirect step that Amazon is taking towards Ripple.

In addition, Gauthier said the recent partnership is the starting phase. It is part of a broader initiative to bring further innovations into the payments processing industry.

Coinspeaker is also reporting that Axis and Amazon have entered a collaboration towards developing a highly functional new payment app. The app will be used to facilitate the purchase of items on Amazon. The XRP digital token was applied in this case. Axis, an Indian bank and a participant of Ripple’s Blockchain.

Hence, despite the fact that there aren’t any direct implications regarding Amazon’s plans to enter a collaborative effort with Ripple, we can already see many factors pointing towards a potential collaboration between the pair in the near future.