As the World Bank acknowledged x-rapid, Ripple’s technology that uses the XRP token to facilitate cross border payment, 13 banks in Japan have started using a blockchain payment app jointly developed by Ripple and SBI Holdings. This vote of confidence could affect xrp price prediction for 2019 and the decision on digital asset investors.

On March 28, 2019, Japanese financial services giant SBI Group released a statement on its website stating that 13 Japan-based banks have joined MoneyTap, the ripple-powered payment app owned partly by the bank.

MoneyTap was created by SBI Holding in partnership with Ripple Technologies to allow users transfer money quickly leveraging on Ripple’s blockchain technology. According SBI Group, MoneyTap aims to be real-time, comfortable app that allows users to transfer money between individuals directly and anytime from a bank to a bank account 24/7. Some other features highlighted in the app include use of biometrics, QR Codes, superior UX and security for remittance. 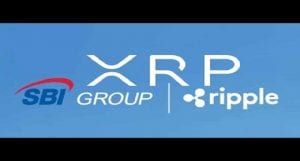 MoneyTap by SBI and Ripple is Getting Bigger

SBI noted that the 13 banks which invested in the app and other banks expected to invest later will also cooperate to enable domestic bank-to-bank transfers. MoneyTap which launched last year as a partnership between SBI Group and Ripple was soon joined by three other financial institutions namely SBI Sumishin Net Bank, Suruga Bank, and Resona Bank. Recently the SBI Holdings announced that it will spread the MoneyTap app to over 200 participating financial institutions.

The app notably uses Ripple’s technology known as xCurrent. While xCurrent does not necessarily use the XRP token to facilitate cross-border transactions, Ripple has another product, the xRapid with does.

In a development that will interest digital asset investors vested in ripple xrp, the World Bank made a veiled statement suggesting approval for the xRapid and by extension ripple xrp. As Smartereum reported, the bank in a post said that ripple through its xrapid was challenging the current conventional cryptocurrency remittance services. The post observed that payment services like xRapid which used distributed ledger technology (DLT) were faster and more efficient than the slow conventional methods.

The bank acknowledged Ripple’s cross-border payment system between the United States and Mexico. Also in Spain, banking giants Santander adopted Ripple’s payment solution for cross-border transactions between Spain and other countries including the UK, Poland and Brazil.

Digital asset investors hoping for a dramatic surge in xrp price may have to wait a bit longer as the price movements of the xrp coin shows little sign of an imminent bull. According to data from Livecoinwatch, 1 xrp to usd is trading at $0.313 which is about 1 percent better than it did in the last 24 hours and much better than its weekly low of 0.299 on Tuesday.

Share your comment below. Do you think digital asset investors should increase their xrp holdings? Will xRapid boost XRP price?