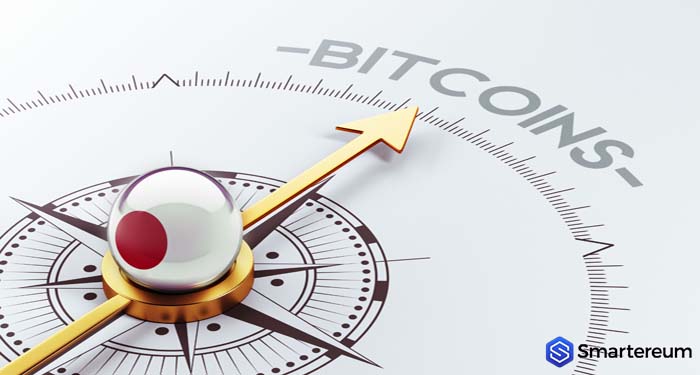 According to local Japan cryptocurrency news sources, the biggest railway company in Japan is considering a cryptocurrency payment system that would be integrated into its payment cards.

East Japan Railway Company (JR East) adjudged to be the biggest in Japan, could integrate cryptocurrency payments to its popular Suica payment card through a partnership with newly launched cryptocurrency exchange Decurret.

The Importance of Suica Payment System in Japan

Suica payment card is a popular payment card which allows Japan residents to purchase train rides offered by JR East. Beyond that, the Japan residents can use the card to pay for transport fares for buses and subway. In addition, an e-money feature of the card allows Japan users to buy items like newspapers at the station kiosk, soft drinks and coffee from vending machines and on the train. According to the Suica website, the aim of the card is to provide for a more pleasant trip when traveling in Japan

Suica to Support Bitcoin Payments and other Cryptocurrency payments?

One other way Suica can make traveling more pleasant for Japan travelers is to allow cryptocurrency payments through the card. Given the popularity of bitcoin and other cryptocurrencies in the country, the feature will be accepted and would boost cryptocurrency adoption and well as cryptocurrency price movements.

According to data released by the rail transport giant, at least 70 million Suica cards were issued as at March 2018. This means that as much as 70 million people could be using cryptocurrency payments when it is integrated into Suica.

Last week Japan cryptocurrency exchange Decurret launched a new payment system during a business presentation in Tokyo. During the presentation, the president and representative director of the exchange Kazuhiro Tokita suggested that the new payment system would be integrated with the Suica card. This integration will allow users top up their Suica cards with cryptocurrencies like bitcoin [BTC] and ethereum [ETH].

No Timeline for Cryptocurrency Integration on Suica

According to cryptocurrency news outlet CoinTelegraph Japan, the DeCurret boss did not give any timeline for implementing cryptocurrency payment on Suica. The report noted that the Japan rail transport giant is still considering the payment option and there are no concrete plans for a rollout yet.

Information on the Suica website clearly states that the payment card can only be recharged with Japanese yen at the moment. An implementation of the cryptocurrency could require that bitcoin or any other cryptocurrency is converted to Japanese fiat currency, the yen, in real-time.

DeCurret exchange which is allowed by the Japanese Financial Services Agency (FSA) to operate in the country will start cryptocurrency trading by mid-April. Cryptocurrencies including Bitcoin (BTC), Bitcoin Cash (BCH), Litecoin (LTC) and Ripple (XRP) will be supported at launch along with Yen trading pairs.

Another great new for cryptocurrency adoption came last week as over 3.3 million online stores that use WooCommerce were allowed to accept cryptocurrency—Ripple’s XRP in particular. This comes after Ripple announced a hackathon for developers to create the plugin for XRP integration with WooCommerce.