Digital asset investors in Europe can now utilize a variety of investment vehicles based on the ripple XRP token even as the United States SEC releases a guideline to help clarify XRP security status.

Exchange-traded products for XRP and Litecoin Launch in Europe

On Thursday, April 04, 2019, the Borse Stuttgart exchange announced that Exchange-traded products (ETPs) that track the price of the XRP token has been launched its subsidiary exchange, the Nordic Growth Market.

The exchange-listed a total of for new cryptocurrency-related ETPs which includes two ETPs for XRP and two ETPs for Litecoin (LTC). The ETPs was issued by Sweden-based XBT Provider, a subsidiary of Coinshares. The ETPs will be available to digital asset investors across Europe.

Exchange-traded products (ETP) allows investors to trade securities based on an index, stock or commodity without dealing on the underlying asset itself. Through the crypto-based ETPs, digital asset investors can benefit from the cryptocurrency market indirectly without having to buy, trade, or store cryptocurrencies themselves.

Ryan Radloff, the CEO CoinShares explained that the investment products tied to cryptocurrency are an important step in the “professionalization of the infrastructure around [the] asset class”

“For traditional investors who are interested in trading, and already have accounts with brokers such as Avanza or Nordnet, but may not care to set up new accounts with new, often unregulated, crypto exchanges, two new crypto assets are now available,”

His organization, XBT Provider has issued eight exchange-traded products since its first bitcoin-based ETP launched on Nasdaq Stockholm exchange in 2015. It currently has ETPs tied to bitcoin, ethereum, and litecoin. 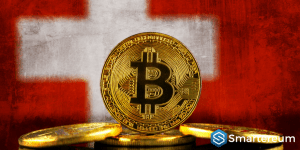 In related cryptocurrency news, Switzerland’s major stock exchange, SIX listed an ETP tied to ripple XRP token on Tuesday, April 2. According to information on its website, Amun Ripple XRP (AXRP) ETP traded for the first time on the exchange on Tuesday.

Following the launch, Hany Rashwan, co-founder and CEO of Amun hinted at an XRP-based ETP when he told cryptocurrency news outlet Cointelegraph that:

“We can comfortably say that we expect to release the world’s first XRP ETP within the next two months.”

He also revealed that the firm has the approval of SIX exchange to launch separate ETPs based on Bitcoin Cash (BCH), Litecoin (LTC), Stellar (XLM) and EOS (EOS).

In a related ripple xrp news, one that will interest digital asset investors in the country, the Securities and Exchange Commission has published the ICO token guidance it promised several months ago. The framework was expected to help clarify XRP security status and that of other tokens issued through Initial Coin Offerings (ICOs).

While the document represents a step in the right direction, it is not legally binding and failed to address some questions digital asset investors have about the security status of ICO tokens.

At the time of writing, Ripple is trading at $0.34 posting a 5 percent loss from yesterday’s high as the crypto market begins to correct following the bitcoin bull run. Its total market cap is $14.2 billion and daily trading volume dropped to $2.1 billion after yesterday’s high of $2.5 billion.