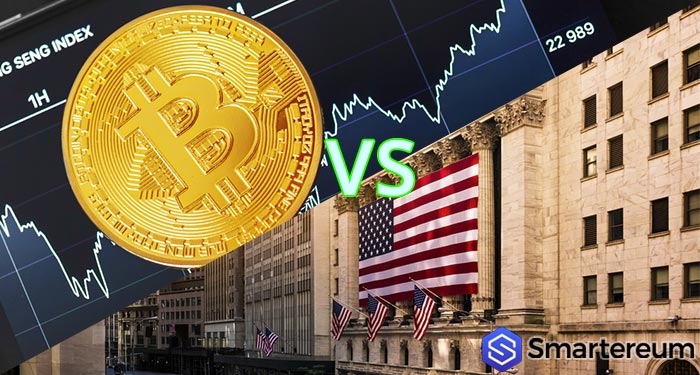 Ethereum cofounder Vitalik Buterin defended the merits of bitcoin, Ethereum and other cryptocurrencies against one of the fiercest opponents of cryptocurrency, economist Nouriel Roubini in a live debate recently. Both men shared the stage during a panel session at the Deconomy, a fintech summit recently concluded in Seoul South Korea.

Nouriel Roubini is a professor at New York University and has earned a reputation of the biggest critic of Bitcoin (BTC) and digital currencies. He got popular for doom predicting of the 2008 financial crises.

In his usual manner, Roubini reeled out scathing remarks about bitcoin and cryptocurrency when given the opportunity. He rehashed all-too-familiar rhetoric about the inefficiency, volatility and scalability issues faced by public blockchains.

He also said that cryptocurrency transactions were more expensive than the traditional methods, also pointing out other disadvantages often attributed to blockchain and cryptocurrency. These include cryptocurrency price manipulations, pump and dump schemes, fake trading volumes, fraudulent activities, and cyber-attacks.

When he concluded with his well-rehearsed crypto attack, the panel moderator Antony Lewis, Research Director at R3, gave Buterin an opportunity to defend the merits of cryptocurrency. In his response, the ethereum inventor highlighted the role of cryptocurrencies against censorship controlled by centralized bodies like the government and corporate institutions.

Buterin has accepted a leadership role in the cryptocurrency community often voicing ideas and suggestions that will improve ethereum and the cryptocurrency space in general. In the past, he has criticized certain crypto practices which were out of sync with his theories. This time, he used his position to defend blockchain and cryptocurrency use cases globally.

Crime is not peculiar to Cryptocurrency

While admitting that cryptocurrency systems can be convenient for bad players to engage in unconventional activities, Buterin explained that this also applies to conventional systems.

,” he told the audience. He further explained that governments will insist on the regulation of privacy-focused cryptocurrencies like Moreno noting that governments are right to demand they know citizens’ financial activities, especially for tax reasons. “[The] U.S. won’t allow crypto to become the next Swiss bank account,” he argued.

Problems of Blockchain and Cryptocurrency are Temporary Not Inherent

To address Roubini’s often-mentioned concern about blockchain scalability, he ethereum co-creator said that problems like that represented a temporary phase in the development of the technology. This is against the notion that blockchain is inherently unscalable. He pointed to advancements in sharding, plasma and state channels which will improve blockchain scalability.

The pair argued about several other crypto-related subjects like central bank-issued digital currencies and role of zero-knowledge proofs.

A debate between the pair was first considered when they had an exaggerated fight on Twitter last year. As Smartereum reported, Roubini shared several tweets about cryptocurrency referring to its technology as outdated and one used by terrorists and criminals. Buterin responded with a tweet of his own, “Officially make predictions about the financial crisis between now and the year 2021,” mocking the economist.