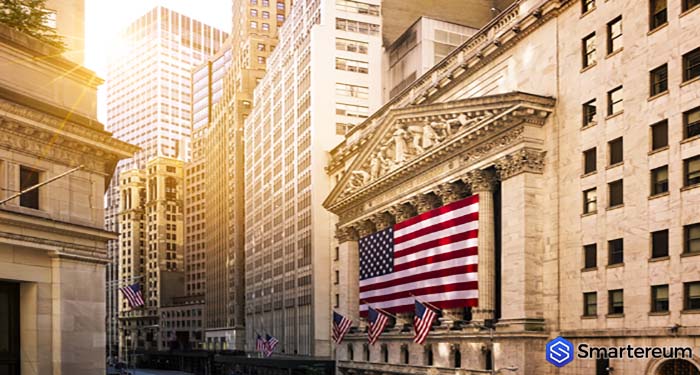 Cryptocurrency observers know too well how speculations drive bitcoin price up or down. While this is common with every economic market, the volatile nature of cryptocurrency means that speculations greatly affect the market; more so speculations about the involvement of institutional investors from Wall Street.

The bitcoin bull run 2017 which led to an all-time high of almost $20,000 per BTC was said to be influenced by the introduction of Wall Street players to cryptocurrency. It coincided with the approval of Bitcoin Futures contracts by the United States Commodity and Futures Trading Commission for CBOE and CME exchanges. Within weeks of this approval, bitcoin surged to its highest ever price.

As the bitcoin Bull Run surprisingly began last week, cryptocurrency observers are keen to understand the factors that drove the bitcoin surge and their answer could lie in an interesting source, Wall Street. Mati Greenspan, an expert analyst with social trading platform eToro, predicted that the bitcoin (BTC) market would be significantly driven by Wall Street.

He observed the relationship between the cash-settled bitcoin futures and actual bitcoin market and concluded:

“Even though Wall Street’s contracts are only paper, and not settled in Bitcoin, they are still a significant part of this market now.”

The Relationship between Wall Street and Bitcoin

Ordinarily, one would assume that both spheres—the cryptocurrency ecosystem and Wall Street—are mutually exclusive. Although Wall Street deals with stocks of businesses and cryptocurrency have special cryptocurrency exchanges for digital asset investors and traders, they intersect at a number of places. It is through these intersections that activities on Wall Street can influence price movements of bitcoin and other cryptocurrencies.

Last week, when bitcoin bullish trend began, CME released data of its Bitcoin Futures trading which showed that over $560 million was traded in Bitcoin Futures contracts. This includes a record trading of bitcoin futures on April 4, coinciding with the bitcoin surge.

It is not a surprise that the very optimistic bitcoin price predictions 2019 and 2020 are counting on institutional involvement in cryptocurrency, particularly a bitcoin exchange-traded fund. Several bitcoin ETFs have failed to gain the approval of the SEC which is strict to protect investors. However, a notable insider within the SEC has hinted that a Bitcoin ETF would eventually be approved by the commission. If this happens, it will be interpreted as a legitimization of crypto market and will display the might of Wall Street in cryptocurrency.

Bitcoin, 1 BTC to USD is $5,228 at the time of writing. At an increase of about 2 percent from yesterday, Bitcoin Bull Run may have slowed but it is very much on. Bitcoin dominance has increased to 50.9 percent just as the total market cap for BTC went up to $92.2 billion.

Exchangerates expect Bitcoin to continue its rise over the remainder of this week. The constant and consistent pressure higher is really putting a squeeze on short traders. It becomes a sort of disease that eats itself. In trading, we call this kind of behavior a ‘short squeeze’ this occurs when a large number of traders have attempted to short an instrument, but prices continue to move higher. What happens is that some of the early bear traders who attempted to short instead have to ‘cover’ by becoming buyers. Those new buyers are now in a pool of other traders who have already been bullish. And as prices continue to go higher and higher, more and more short sellers must cover by becoming buyers. Short traders can literally cannibalize each other and create a massive spike in price. We are seeing evidence of this kind of behavior occurring right now.