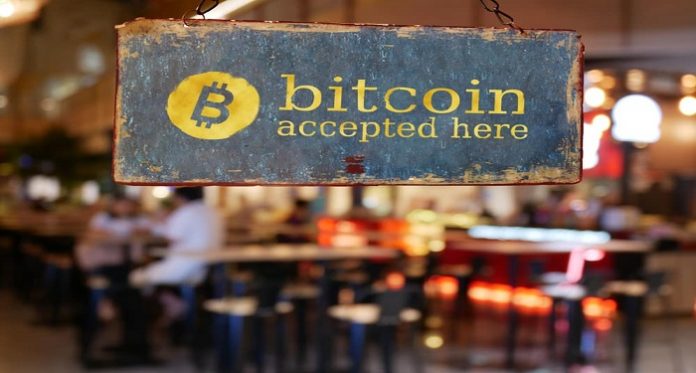 Whether you’re interested in Bitcoin and other cryptocurrencies from the point of view of blockchain technology and how it may develop and be implemented, a business owner exploring how using Bitcoin could benefit your operations, or simply an everyday Bitcoin user who wants to find out more about how and where your cryptocurrency can be used, 2019 is shaping up to be an intriguing year.

One of the main barriers to the widespread adoption of Bitcoin and other cryptocurrencies by everyday consumers has been the notion that it is too complicated, too specialist, and not able to be used for regular retail purchases, either online or in physical stores.

However, a survey of the mainstream service suppliers, retailers and businesses who now trade in Bitcoin and other cryptos shows that the numbers are growing significantly, and it is reasonable to expect that the range of mainstream brands who accept Bitcoin will grow, if for no other reason than the need to keep pace with rivals.

The variety and businesses who now fall into this category is perhaps the most significant sign of more widespread and mainstream adoption of Bitcoin. This greater integration has also been made increasingly straightforward and is becoming more widespread as a result of the development of the Lightning Network, which has essentially made blockchain transactions faster and cheaper.

For instance, leading online retailers like Overstock are Newegg, who sell everything from electrical appliances, to furniture, home decor and electronics accept payments in Bitcoin, while individual sellers on Etsy, as well as those with online WooCommerce stores, have the option to offer Bitcoin as a payment method. You can also buy gift cards online with cryptos from Gyft and eGifter, or access the Internet Archive, while major chains like Sears are also joining in, where it’s now possible to pay with a cryptocurrency in store.

A range of online service providers also accept Bitcoin as a payment method, such as Namecheap (web hosting), Mega and Lumfile (both cloud storage service providers). Google and Twitter are also increasing the degree to which their services are becoming integrated with Bitcoin, and you can already pay for travel and accommodation or sign up for online dating services using cryptocurrencies, as well as pay for gaming on X-box and in the Windows store.

It’s even possible now to pay for drinks and a meal using Bitcoin in pubs and restaurants in London, Sydney or Tokyo, or order from Dominos Pizza.

This broad variety of mainstream retailers and service providers now entering the blockchain space is clearly one of the most significant recent cryptocurrency developments and may be a catalyst for more widespread use amongst everyday consumers.

Governments around the world have responded to the growing cryptocurrency phenomenon in a variety of ways, ranging from panicky outright bans to warm, open embraces. What will be of great interest, therefore, in the rest of 2019 will be observing which countries take up new positions and those who are content to maintain the status quo.

For instance, in the US Bitcoin is classified as a money services business (MSB) rather than a currency, and legislators have to date taken a generally positive attitude to cryptos, albeit with a sense of caution attached. Canada, too, is largely positive on its outlook and also classifies Bitcoin as an MSB.

The EU does not have a unified policy in place, so member countries are able to take their own approach to legislation. The UK, for instance, is in the process of creating a regulatory framework not dissimilar to that in the US and Canada, and which should ultimately lead to crypto integration becoming both simpler and more widespread. Germany, the largest economy in the EU, accepts Bitcoin as a legitimate currency but is nevertheless uneasy about it, and it seems policymakers are keen to place some further restrictions on its adoption, based on the view of leading banks that it is susceptible to fraud and could be used as a vehicle for money laundering.

In contrast, Australia has already reached a stage where no restrictions in place regarding either the mining, buying or trading of Bitcoin, and businesses are free to accept bitcoins as payment should they so desire.

However, there is probably no major economy in the world that is as enthusiastic about Bitcoin and cryptocurrencies as Japan. The country was the first big player in global finance to accept it as legal tender, and the first Bitcoin exchange was set up there. Some major banks also look set to establish their own crypto exchanges, while the Accounting Standards Board of Japan is developing a framework specifically related to how operators integrate cryptocurrencies into their financial reporting and accounting processes.

Ultimately, despite the fact that Bitcoin has been in circulation for well over five years now, a large majority of lawmakers around the world are still unsure as to how to respond to the growth in cryptocurrencies and are continuing to take a cautious, wait and see approach.

Countries at the forefront of Bitcoin use

As it is a supranational currency not controlled by central banks or government treasuries, precise figures on the use and acceptance of cryptocurrencies can be problematic to formulate. For this reason, a survey to determine the countries where Bitcoin and other cryptos are in most widespread use across a range of services needs to take into account a number of factors, including governmental attitudes and legislation, the accessibility of relevant infrastructure, such as exchanges and ATMs, and whether the economic circumstances are such that it is actually advantageous for business and consumers to adopt the use of cryptocurrencies.

Countries, where Bitcoin has been embraced, can be found across the globe, and the rate of integration can depend on a number of factors. In South Africa, for instance, where cryptos are considered as legal currency and are increasingly accepted as a payment method both on and offline, many consider the use of Bitcoin to be a hedge against economic and political instability. Brazil, on the other hand, has long had a reputation as an enthusiastic new technology adopter, and as a consequence, the number of tech entrepreneurs who have set up crypto exchanges — and the number of everyday Brazilians trading in cryptocurrencies — is booming. In Russia, another large and populous country where Bitcoin can be used in shops and restaurants and with a variety of merchants, it is also thought that the government could begin investing in cryptos as a means of mitigating against sanctions.

In Europe, the UK, the Netherlands, and Italy are where Bitcoin has become most widely integrated with networks of ATMs and an ever increasing number of merchants willing to accept cryptocurrency payments, while the US is also beginning to view Bitcoin more as a mainstream payment method rather than a niche, online phenomenon.

In Asia, South Korea has come to the Bitcoin party in a big way and is actively pushing for wider integration despite the fact that it is already thought to account for about 30% of global cryptocurrency transactions. However, Japan still leads the way, both in the region and globally, and is the country where Bitcoin has become most successfully integrated into everyday consumer life. It is thought that over 1 million Japanese own and regularly make purchases using bitcoins, while over 260,000 online and land-based merchants and service providers accept cryptos as payment.

Bitcoin as a global payroll solution 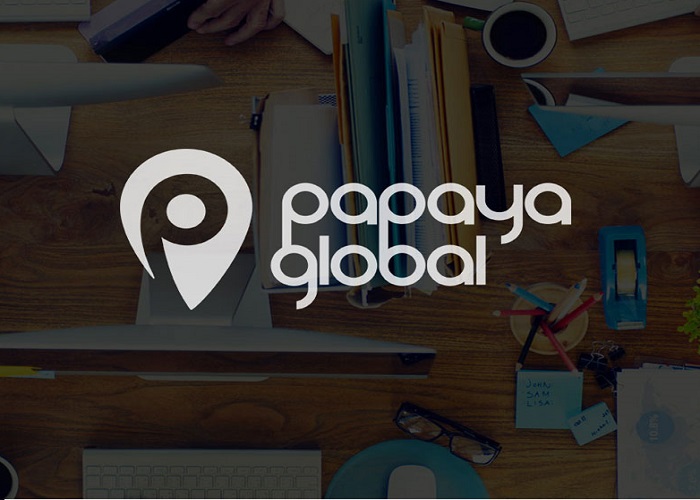 For business owners operating in the global environment, the opportunity to manage your payroll and pay staff using Bitcoin is a genuine boon, particularly for organizations with a diverse and disparate workforce spread across multiple locations and in different countries.

This makes sense in an evermore global environment where the gig economy is also growing in importance and desirability, and where staff and freelancers are able to work remotely in an increasing number of sectors. Getting paid in Bitcoin can potentially save currency exchange fees at both ends, simplifies the process of acquiring bitcoins for workers, and enables greater workforce flexibility, as the use of cryptos is not bound by national borders in the same way that fiat currencies are (although there are exceptions to this).

There are potentially some drawbacks in such an arrangement, particularly with regard to the volatility of cryptocurrencies, while ensuring that appropriate levels of taxation on earnings are paid can be a challenge in some jurisdictions. As a consequence, some governments are looking at outlawing workers being paid in cryptos (although currently, this is only the case in a small handful of countries). However, in 2019 you should expect to see staff increasingly being given the option to receive a least of portion of their salary in Bitcoin by forward-thinking companies in a variety of sectors.

Just as the growth and historic jump in the value of bitcoins was for many very hard to predict, trying to assess what will happen next in the world of cryptocurrency is a difficult task. However, one very significant integration in the offing gives us some insight into what is ultimately going to be possible.

Japan, unsurprisingly, is leading the way in this with the recent announcement that it will soon be possible for commuters to add funds to their Suica Card using Bitcoin and other cryptocurrencies. The Suica Card is the Japanese pre-paid transport card that can be used on trains, subways and buses, as well as to purchase goods from vending machines and on trains, and is it estimated that around 70 million people in the country use them regularly. This, therefore, has the potential to become the largest crypto integration anywhere in the world to date.

Industry watchers suggest that it is integrations like this that are going to be the most significant accelerators to Bitcoin adoption. Once cryptos become a viable alternative payment method across enough sectors, and most especially in non-discretionary spending areas like travel, then consumers will be persuaded that it is worth their while to at least consider making the switch.

At present, it is still the case that for many Bitcoin is too esoteric and too specialist, and not widely accepted enough for the everyday consumer to think too much about it. However, as major integrations like the one set to take place in Japan come into play, and cryptocurrencies begin to be seen as a payment method that is accessible by anyone, then not only will consumers look differently at Bitcoin, but merchants and service providers will begin to see more incentives for entering the cryptocurrency space as well.