Cryptocurrency world had a tough weekend. Almost all digital currencies suffered except a few of them. Basic Attention Token and Binance Coin did not get affected from the bearish weekend and showed promise to be the best cryptocurrency to invest in 2019.

Over the weekend, there hasn’t been much activity in the market with so many coins in the red. The total market cap is still at $172 billion, which is not too bad. However, if the bears persist, it could fall again.

Bitcoin had a good week overall but dropped to $5,060 after it recovered above $5,100. Even though BTC price dipped slightly, its gains are still significant from the initial bull market of April 2. From the charts, it is evident that the bulls are still on target and should expect a breakout soon.

BNB saw a 3.73% increase while other coins in the top ten didn’t see any gains. It is the 7th largest cryptocurrency by market cap according to Coin Market Cap. It is presently valued at $19.08 with a market cap of $2.69 billion. Then, the Coin saw a 6% increase after Binance Labs awarded grants to some startups. It is primed for more gains in the coming week.

In the top twenty, the story isn’t different. Most coins are in the red with only BAT and Tezos seeing some gains. Basic Attention Token saw an impressive 7.69% and is considered the top gainer this weekend. This was the same case for the coin yesterday as it saw a whopping 11.06% rise in value. It seems positive cryptocurrency news on the coin as well as adoption of its native browser, Brave has some positive effects on the coin. Recently, the Brave browser publishers were verified including top news publishers like LA Times and Washington Post. There is also news that the platform is planning to introduce tipping with BAT on Twitter for individual publishers.

The best cryptocurrency to invest in 2019 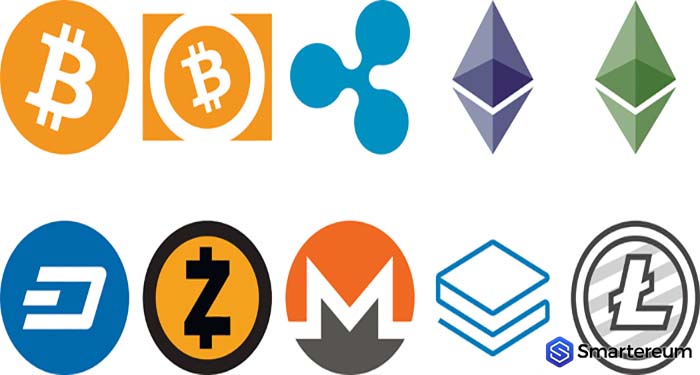 According to the cryptopostgazette; we give you the best altcoins to invest in 2019.

1.EOS
EOS is the true rival of Ethereum and listed in the top 10 cryptocurrencies also. The basic feature of this platform is its problem-solving technology and it offers more advanced tools for running different applications. The market cap of the EOS is about 3 Billion USD.

2.Ethereum
We can’t complete the list of top 7 altcoins without considering the Ethereum as it is one of the best-decentralized platforms. In 2017 many crypto experts were assuming that the price of ETH would be $1000 but it was raised by $300. In fact, no one can predict the exact value of any digital coin but many Crypto pandits are showing a further increase in ETH price. Newly added features and maximum use of the Ethereum blockchain platform by the blockchain startups can enhance its value so it can be a profitable deal in 2019.

3. Cardano
Cardano is developed to operate with smart contracts. One of the great fact about the Cardano is that it is developed by Charles Hoskinson who was also in the development team of Ethereum. Based on the market cap Cardano boasts the 11th position among all cryptocurrencies. These are a few facts which make it an ideal altcoin to invest:

Cardano is listed on the top exchanges like Binance, Huoboi that can drive the growth of Cardano. It has become more popular in Japan and Asia after delivering ATMs.

4.Binance Coin
Binance is the token of Binance exchange having the exact name. As you know Binance is the top exchange so the coin is also popular. The growth of Binance token enhances as the exchange grow. The coin is highly connected with the exchange and in 2018 it was increased by over 100 times. Another reason for the growth of BNB is that it is listed on the famous exchanges Binance, LBank, Exrates, Gate.io, HitBTC, and Bancor Network. Y

5.Ripple
Ripple is not only an altcoin but also a fully focused monetary system. There is no stability in its rate but the large group of its partners are successful to implement its technology. You will amaze to know that big names like National Park of Abu Dhabi, UBS, and Santander collaborates with this digital coin. In 2018 Ripple had shown a great performance and the coin was increased about 600 times. There are great possibilities that Ripple can be the mediator between digital currencies and banking sectors.

7. Stellar
Stellar boasts almost the same attires as Ripple and you will surprise to know that Jed McCaleb has created both. As you know Ripple focuses on Banking and financial institutions but Stellar gives emphasis on both Banking institutions and tiny retailers. The main reason for developing Stellar was to fix the issues of remote area people where banking services are not available. One of the most favorable thing about Stellar is that IBM utilizes Stellar blockchain platform. Stellar also listed on major exchanges including Coinbase.