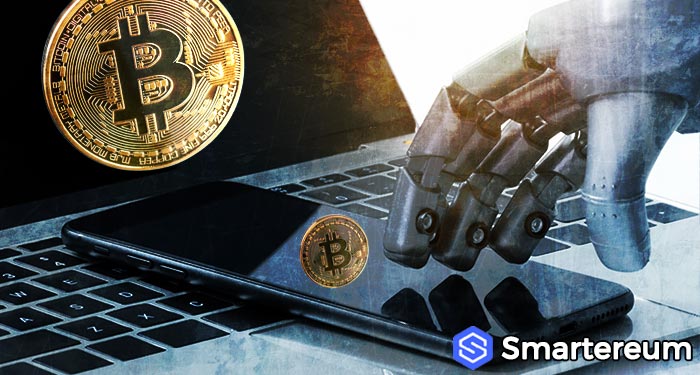 Decentralized exchanges are seen as the future of cryptocurrency trading platforms for a number of reasons. Unlike the more common centralized exchanges, DEX is touted as cheaper, safer and more secure. These exchanges it appears to have a serious problem of their own according to new research which is manipulation from trading bots.

According to a report published on Bloomberg on Monday, April 15, researchers at Cornell Tech concluded after a study that arbitrage bots are rampantly used to manipulate trading on decentralized exchanges.

“We document and quantify the widespread and rising deployment of arbitrage bots in blockchain systems, specifically in decentralized exchanges (or “DEXes”).”

How Trading Bots are used to Manipulate DEXes

According to the study, the firms that deploy these trading bots takes advantage of the decentralized nature of DEXes by paying high fees to get priority over ordinary users and then perform other practices like front running, in which traders can see orders from others and manage to place their own first.

The Menace of Trading Bots

According to the Cornell Tech researchers, crypto bots can be used in competitively bidding up transaction fees in order to obtain priority order, a condition known as priority gas auctions (PGAs). This is often associated with high-frequency traders.

Another activity of trading bots is spoofing. Stefan Qin, the managing partner at Virgil Capital told Wall Street Journal (WSJ) that the bots had caused his firm to lose money in the past by spoofing. The bot posted orders to sell ETH at a lower rate and would cancel the order just before the fund completed the purchase. This creates a false impression of demand or supply of the targeted cryptocurrency which in turn influences the price on exchanges.

As Smartereum reported, the article on Wall Street Journal claimed that trading bots were rampant on cryptocurrency exchanges. Andy Bromberg who is the co-founder of CoinList affirmed to WSJ that the bots are rampant in crypto marketplaces while Kjetil Eilersten, a crypto trader who developed a so-called “cryptocurrency market manipulation tool” for small traders proposed a system where manipulation is not only restricted to big traders.

The Extent of Trading Bots Menace on Cryptocurrency Exchanges

Lead researcher Philip Daian told Bloomberg that they identified more than 500 bots currently making up to $20,000 a day on the DEXes studied including EtherDelta and Bancor.

Another researcher Ariel Juels, also a professor at Cornell Tech, explained that similar bot activities are likely rampant on centralized crypto exchanges as well. During a presentation, he said:

“We have no idea what the extent of the malfeasance is on centralized exchanges…If we extrapolate from what we’ve seen on DEXes, it could well be on the order of billions of dollars.”

The authors concluded that that DEX design flaws [that allow bot manipulation] threaten underlying blockchain security with Jules adding that “[The report] should incentivize the community to consider new exchange designs.”

Recently, an analysis by crypto index fund provider Bitwise Asset Management concluded that 95% of volume on unregulated platforms are fake.