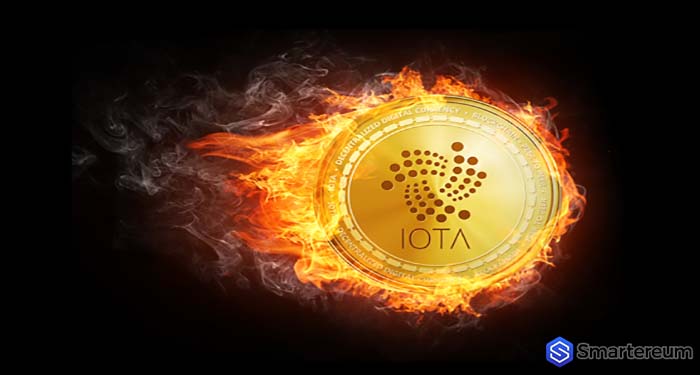 The digital currency space has seen the emergence of the good, the bad, and the ugly. While Bitcoin (BTC) was the first digital currency to emerge in the space, there are thousands of cryptos right now in the market. While more and more are flowing into the crypto space, others are dying off. The competition in the space is so high that some crypto projects find it difficult to survive.

IOTA (MIOTA) is the only digital currency that is built for transactions between machines. This digital currency is not based on blockchain technology. The technology behind this crypto is Tangle. The project is created on a DAG (Directed Acyclic Graph) system. IOTA (MIOTA) is focused on the Internet of Things (IoT) platform. The platform is highly scalable and it can be used for free.

IOTA has secured a lot of strategic partnerships over the years. The Tangle-based project has found its way into several industries. Presently, the automobile and manufacturing industry are exploring the potentials of this technology. IOTA (MIOTA) has successfully secured a partnership with Volkswagen.

The beginning of this year was pretty bullish for the price of MIOTA. MIOTA price started this year around the 36 and 38 cents levels. However, it lost most of its value in a period of two weeks. Since then, the price of IOTA (MIOTA) has not been consistent. Fortunately, IOTA price sailed along with the recent crypto bull run. The price of IOTA surged significantly on the 1st of April. On the 3rd of April, MIOTA USD live price was 37 cents. However, the digital currency failed to sustain gains and it plunged and broke several support levels.

On the upside, the immediate resistance of the coin is at the 31 cents level. A break over this level will pave the way for more gains towards the 35 and 36 cents level. If IOTA price is able to hold gains at this level, it might find its way to the 40 cents level in the short-term.

Will the Price of IOTA (MIOTA) Hit the $5 Level By the End of This Year?

According to some analysts, the short-term price prediction of IOTA (MIOTA) is 40 cents. If MIOTA USD live price can hit the 40 cents mark by the end of Q1 2019, then IOTA price might likely test the $5 mark by the end of this year.

At the time of writing, IOTA USD live price is $0.3068 after a decrease of about one percent over the past day according to Coin Market Cap. The current market cap of the digital currency is $852.73 million and its trade volume over the past day is $14.75 million.