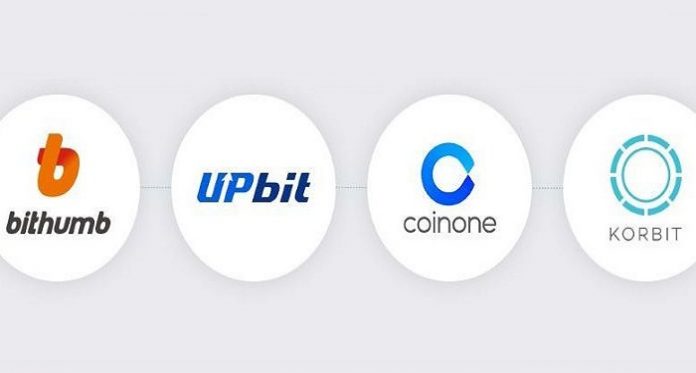 Upbit is the only member of the “big four” cryptocurrency exchange platforms in South Korea to record profits for 2018. The big four refers to the four largest exchanges in the country – Upbit, Bithumb, Korbit, and Coinone.

Within the last few days, the operators of all big four exchange platforms in South Korea released their 2018 financials. Business Korea reports that three out of the four platforms recorded significant losses in 2018.

Upbit, the only platform to post profits for 2018 also a marked increase in its revenue when compared to the figures from 2017. The platform currently ranked 29th by CoinMarketCap based on daily trading volume recorded a net profit of $123 million.

According to the end-of-year financial results published the exchange’s operator – Dunamu Inc., Upbit’s total sales raked in $413 million to put its operating profit at $252 million. Based on the 2017 figures, Upbit’s revenue went up by more than 100 percent.

Despite the positive performance by the platform, non-operating expenses, as well as the devaluation of crypto prices in 2018, reduced its final net profit figure. According to Dunamu, the limited number of tokens listed on the platform help to shield the company from the decimation of the 2018 bear market.

For Bithumb, Coinone, and Korbit, the situation was the reverse as all three recorded major losses in 2018. The financial report published by BTCKorea.com – operators of the Bithumb exchange shows the platform suffered a net loss of $180 million.

Bithumb’s loss was even larger than that of Coinone and Korbit combined. Back in 2018, Bithumb suffered a $30 million hack. This attack may have also contributed to the company’s woes.

Coinone and Korbit posted net losses of $5 million and $40 million respectively. Sales figures for all three platforms also nosedived in the second half of the year.

This decline in sales coupled with the price of cryptocurrencies continuing to slide downwards throughout 2018 resulted in the losses suffered by these companies. On average, the cryptocurrency market fell by more than 80 percent.

The South Korean big four aren’t the only companies that were hit massively by the 2018 bear market. Mining firms like Bitmain and Canaan failed to conduct massive initial public offerings (IPOs).

Reports suggest that the unreleased Bitmain financials for the second half of 2018 show huge losses for the company. The mining behemoth has fired several entire departments while appointing a new CEO.