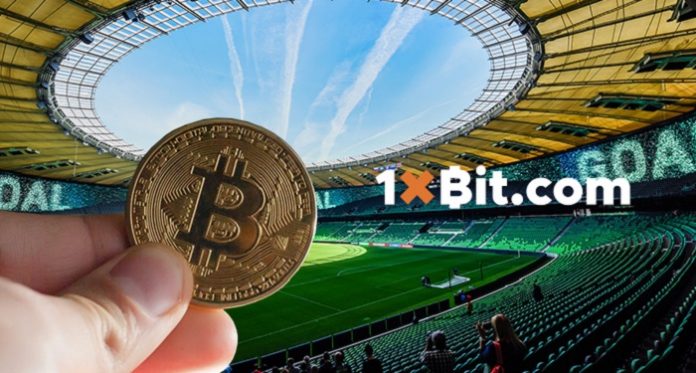 The first cryptocurrency, namely Bitcoin, emerged in 2009, right in the midst of the raging global financial crisis, which once again proved that the contemporary financial architecture has run its course and the world desperately needed some alternative. After the initial period of suspicion and disbelief in Bitcoin and other blockchain-based currencies, known collectively as altcoins, these digital money has earned a reputation of a reliable mean of payment and transaction of value, applicable in various areas of business and life.

Sports betting, which is a type of gambling where bets are placed on the outcome of various sporting events, is one of the fields where the adoption of cryptocurrencies has been conducted with increased eagerness due to a number of reasons which will be listed below. 1xBit, for instance, was one of the pioneering platforms which based the concept of its operations around cryptocurrencies. Like many other sportsbooks, which followed its footsteps and adopted cryptocurrencies, 1xBit is a firm believer that the use of this particular type of digital money is far more advantageous than being reliant on the traditional means of payment, such as cash or bank transfers.

The key benefits of betting in crypto

Bitcoin, as well as many other cryptocurrencies, had the concept of anonymity at its core. That’s is a serious issue which many gamblers must have faced when they deposited funds on some platforms. Being forced to reveal personal or banking data made many punters give up on the ideas of trying their hand in sports bettings. In blockchain networks, all transactions are anonymous, the only info that’s being revealed in an address of a digital wallet.

An almost lightning speed of transactions which can’t be even closely compared to the tedious bank transfers. If previously one had to wait for 24+ hours to see the winnings from successful betting appear on the bank account, with cryptocurrencies it takes from several seconds to an hour, depending on the network load.

Last but not least, the predatory fees and taxes which banks and governments impose of winnings from sports betting. Sharing honest sports betting winnings with bureaucrats and clerks is not the greatest prospect, but it can be circumvented with the help of cryptocurrencies where transaction fees are peanuts.

Perhaps, many punters have experienced the situation when they were unable to deposit funds to the playing accounts simply because their banks had a ‘grudge’ against betting platforms. With crypto, they wouldn’t have had this problem since these transactions are carried out on the peer-to-peer basis, meaning that there is no intermediary to prohibit the better to do whatever he wants with his money.

Finally, due to the fact that cryptocurrencies remain a volatile financial instrument, the value of which may increase significantly in a short period of time, acquiring the winnings from sports betting in crypto and then holding it in a digital wallet, may provide for an opportunity to increase the material well-being without doing virtually nothing, just as a reward for patience.

Sports betting: Why go with 1xBit

The fact that 1xBit affords ground for the gamblers from all over the world to place bets on sports using more than 20 top cryptocurrencies of today is not the only advantage of this innovative and player-oriented platform.

The majority of sports betting platforms offer punters a chance to place a wager on such widely popular sports as football, tennis, boxing, ice hockey, and Formula 1.

1xBit decided to go much further in their desire to offers players the best betting options. More than a dozen sports, among which are UFC, esports, horse racing, golf, futsal, and even cockfights, are available for betting using several popular cryptocurrencies.

In addition, 1xBit has a unique one-click registration procedure which ensures total anonymity of each player – you won’t even be asked to share the e-mail address if you don’t want to. Deposits and withdrawal are carried out on a no-fee basis through partner crypto exchanges; a 100% welcome bonus and a plethora of other perks and promotions – that’s what makes 1xBit one of the most feature-rich and progressive cryptocurrency platforms in the industry.