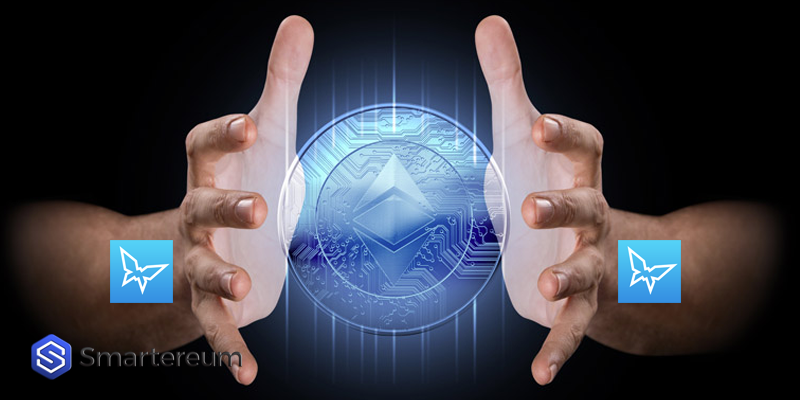 During an Ethereum conference in Paris, Vitalik Buterin, the founder of Ethereum, made a presentation about a scaling solution for Ethereum. According to him, the new system of smart contracts will increase computational potential of the Ethereum Blockchain.

What Does The Scaling Solution Involve?

Co-creator of Bitcoin Lighting Network, Joseph Poon, and Buterin, created the scaling solution as one of the new developments that aim to increase Ethereum’s capacity. The idea is to develop a layer of Ethereum smart contracts that efficiently interact with the main blockchain.

The shortcoming of the prototype is that users will need to validate each contract in the system after download manually. However, Buterin said that they had found a possible solution for the problem.

In Buterin’s words:
“The main advantage of this new development is that the amount of data to be downloaded will be reduced significantly.”

Users will not need to download the whole plasma history but would only be required to generate some plasma coins. This will be done by making deposits to the contract. All that will be left for users to do is track the tokens created in that system.

They will be able to verify the accuracy of the plasma chain at the particular index they intend to spend. The new idea to improve the plasma scaling system was developed by Karl Floersch, Dan Robinson, and Vitalik Buterin himself. However, it has not been tested yet.

Buterin is optimistic that this new system will increase the potential of the blockchain a great deal. For starters, it can be used to protect exchanges from hacks on a larger scale. It will also help increase the scaling efforts of the blockchain. This is especially important because the system is under a lot of pressure to meet up with an ever-expanding database.

Here is some important news about Ethereum Founder Vitalik Buterin:

Vitalik Buterin, the co-founder of the Ethereum blockchain and its associated cryptocurrency, does not want people throwing their life savings into virtual coins just yet.

“Reminder: cryptocurrencies are still a new and hyper-volatile asset class, and could drop to near-zero at any time,” he tweeted this weekend. “Don’t put in more money than you can afford to lose. If you’re trying to figure out where to store your life savings, traditional assets are still your safest bet.”

Bitcoin, meanwhile, has undergone multiple crashes over the same period, although it is currently heading north again.

While it may seem unusual to see a major cryptocurrency player adopting a note of caution more readily associated with Wall Street giants and financial regulators, rather than making wild claims about future growth, Buterin is a relatively cautious figure on the scene.

More than once, Buterin has warned investors about bubbles and volatility in the cryptocurrency world. In December, he criticized some players for being obsessed with flaunting their cryptocurrency-derived wealth, arguing that they should instead be thinking about how to use the technology for “achieving something meaningful for society.”

Vitalik “Not giving away ETH” Buterin ✔ @VitalikButerin
Cryptocurrency media is now, even if out of ignorance/stupidity, complicit in making twitter scams look more legit.

Also, the ECF is not an EF initiative; it’s an independent community organization with some EF participants as advisors.

At the moment, he is also deeply annoyed about people impersonating him on Twitter in order to defraud others of their Ethereum.