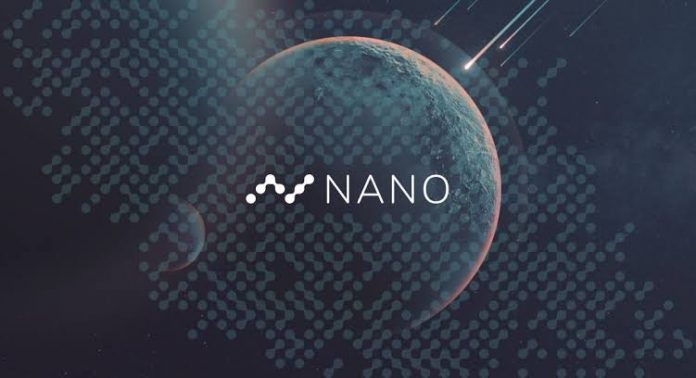 Nano coin price prediction is positive at a time when the entire cryptocurrency market is struggling to recover from a bloody weekend. The entire cryptocurrency market, starting with Bitcoin, spent the weekend in red against the USD. In fact, the sell-off was so bloody that the Bitcoin dominance increased by 3% as the flagship cryptocurrency maintained most of its gains during the bleed out. However, Nano isn’t just trading in green in the Nano Coin news today. It is leading the altcoin market recovery with incredible gains against the USD. The Nano Coin price prediction for the rest of 2019 and beyond is bullish.

Nano has had a lot of good things going on over the last few weeks. The Nano team recently announced that the release of a new public node API. You see Nano Coin is a high-performance, low-latency platform. It is built on a block-lattice data structure. This data structure makes it transaction free and gives it unlimited scalability. Before the name was Nano Coin, it was called RaiBlocks. The release of the API made it even easier for developers to build on the Nano platform.

Nano also recently started offering more options for holders of the cryptocurrency. They can now use their cryptocurrency to do more things like book flights, hotel rooms, and so much more. This move is going to promote adoption for the Nano token on a global scale. Nano also released Solidus. A public node that comes with some of the updates of the $NANO protocol. The official Twitter post was as follows;

“The #Solidus node release will introduce some milestone features to the $NANO protocol. We recently took a closer look at some of the most anticipated planned changes. #SolidusIsComing. In case you missed it, our v19 feature analysis guide is now live:https://medium.com/nanocurrency/v19-solidus-feature-analysis-3c8f3d2d949c.”

Nano Coin is currently the 34th largest cryptocurrency on CoinMarketCap. It is trading at $1.76. This means that it is up by 8.79% against the USD and up by 7.79% against the price of BTC. The trading volume over a 24 hour period is $10,120,495 and the market capitalization is $234,939,224. With many other cryptocurrencies bleeding out and just recovering slightly against the USD, the Nano Coin price action is commendable. It moved from the 47th position to the 34th position within a few hours.

The Nano Coin price prediction for the next few months is $2. Even if the bulls are slowly running out of steam, the Nano Coin has what it takes to hit $2 soon. The entire market is recovering slowly already. However, Nano Coin may have to experience its own market correction today before surging higher against the USD.

What do you think about the Nano Coin price prediction in the Nano news today? Share your thoughts in the comment section below.