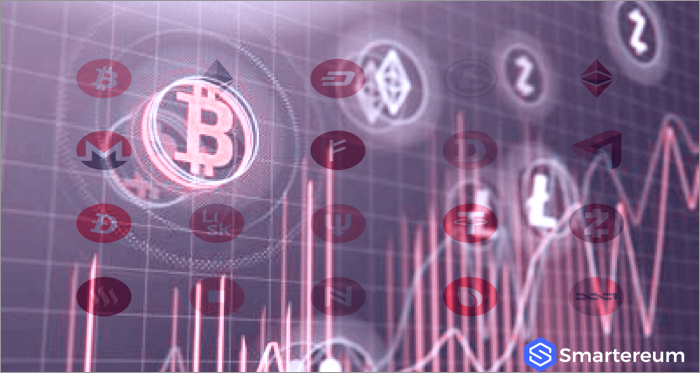 February was not a good month for the cryptocurrency market, and March isn’t proving to be better yet.

On Friday, Bitcoin’s price fell as low as $8,371. At the time this piece was written, Bitcoin was trading at $8,970. This indicates a 28% reduction in price from $11,660 on March 5th. This pushed the market capitalization lower than $350. This is the first time it will go this low since February 14th.

Despite its drop in price, Bitcoin isn’t the week’s loser in the market. In fact, about twenty-five cryptocurrencies are reporting losses this week. ICON, TRON, and Nano are all reporting bigger losses than Bitcoin.

Who Are The Biggest Losers?

TRON’s value dropped as low as 38.51% this past week. TRON ranks 15 in the cryptocurrency world based on market capitalization. Although the cryptocurrency had shown signs of progress earlier this year, the recent reports reveal that it hasn’t recovered from the severe criticism it suffered.

ICON’s price fell by 38% this last week. Being the top loser in February, ICON hasn’t shown signs of recovery. However, there is hope that the relative strength index may bring about a minor corrective rally soon.

Nano suffered the greatest loss with a weekly performance that dropped as low as 42.65%. In terms of market capitalization, Nano ranks 22 in the cryptocurrency market. After topping at $17.38 on the first of March, Nano reported a weekly low of $10 this week. The cryptocurrency recently got endorsed by the founder of litecoin, Charlie Lee. However, this endorsement wasn’t enough to boost the cryptocurrency in the market.

The market trend isn’t encouraging. However, it’s not unusual for cryptocurrencies to record loses just as much as they record gains.