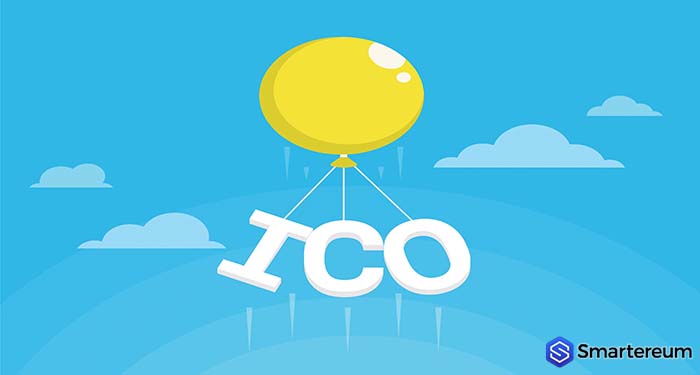 Initial Coin Offering (ICO) is a crowdfunding method commonly associated with blockchain and cryptocurrency startups. These projects create and sale of cryptocurrency tokens to finance their developments and products. In recent times, less amount of ICO capital is raised from the process leading many to conclude that the ICO model is becoming out of fashion. In bitcoin news today, we see that this conclusion is not entirely true as new data from ICO show an encouraging trend. At a closer look, a new and better ICO era could be on our hands already.

Initial Coin offerings became very popular in 2017 and early 2018 when ICO capital was massive for blockchain and cryptocurrency startups. This ICO boom coincided with a period of an epic bitcoin bull ride which saw several cryptocurrencies reach all-time high prices. Because bitcoin (and cryptocurrency in general) was becoming very popular, cryptocurrency projects pounced on the opportunity to raise ICO capital, creating and selling tokens most times without having developed a viable product.

The Downturn of ICO Capital

ICO capital raised by these projects reached a peak in the second quarter of 2018 just before a sharp downtrend began to set in. Though this was blamed in part on the general decline in cryptocurrency price, there were other factors including scams and tightened regulations that deterred investors from putting money into ICOs.

During the ICO boom period, it was common to see projects raise millions in ICO capital from investors around the world with little more than a website and a whitepaper. As Smartereum reported, this deluge of ICO capital ceased in Q3 of 2018—in the middle of the crypto winter—when the total amount of money received monthly from ICOs reached notable lows. Year-on-year ICO charts show a stark contrast between a booming ICO era and the apparent demise of ICOs.

But that doesn’t tell the whole story.

InWara, a blockchain-focused research and intelligence platform, recently released its ICO statistics for Q1 of 2019. As expected the ICO earnings of the previous year dwarf the numbers from this year but a new perspective to the charts show that ICOs may have evolved and are not a lost cause as one would assume taken at face value.

According to InWara’s Q1 report, ICO capital garnered in the last quarter was down by 60% percent compared to the previous quarter. Year on year, the drop is even worse; a startling 72% down compared to the first quarter of 2019. However, ICO enthusiasts can find comfort in an interesting set of ICO data.

More Percentage of ICOs are getting Funding through ICO Capital

Last year (and the year before it), many ICOs ended up not raising money although the ones that did garner a better total compared to the more recent ICOs. The data shows that the ICO space has more likely matured making it less risky for investors. Thanks to the crypto winter and regulatory efforts, clear frauds seem to have left the ICO space.

The InWara data showed that Security Token Offering (STO), an alternative to ICOs have increased by 130% from the previous quarter. Though STOs are up, ICOs have been predicted to resurge in the coming months. As Smartereum reported, BitMex CEO Arthur Hayes predicted that an ICO boom is about to come which would take the price of ETH beyond $200. Last December, he predicted this ICO resurgence was about 12 or 18 months away.

The hope of an ICO resurgence is helped by the results achieved by Binance Launchpad, an ICO launch platform developed by Binance, the world’s largest cryptocurrency exchange. Launchpad has successfully raised ICO capital in millions for BitTorrent (BTT) and other projects within minutes.