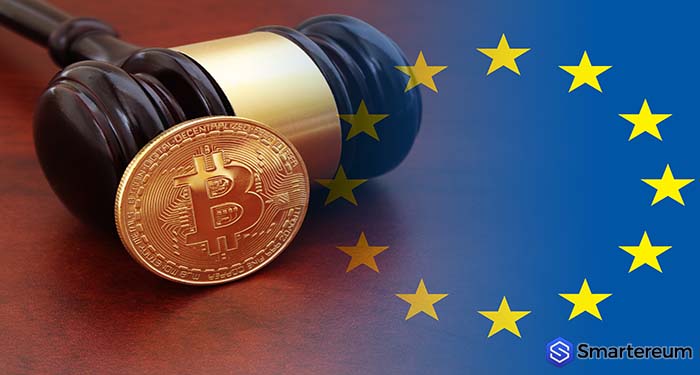 The new law will take effect from next week—May 1 to be exact—and these cryptocurrency-related businesses will be required to register with the Fin-FSA which also regulates the country’s financial markets.

“The Act on Virtual Currency Providers enters into force on 1 May. In accordance with the act, the Financial Supervisory Authority (Fin-FSA) will act as the registration authority and supervisory authority for virtual currency providers.”

The law specifies three categories of cryptocurrency operators which must register with the Fin-FSA namely;

The registration includes “statutory requirements” for companies to perform financial activities in the country. They must be cleared as reliable to hold client funds as well as fulfill standard anti-money laundering and combating the financing of terrorism (CFT) policies.

According to the Finnish finance ministry, the Fin-FSA will hold a briefing on May 15 at the Bank of Finland to explain the new rules to both existing crypto service providers and those planning to start offering related services.

As Smartereum reported, France became the first European country to issue a definitive cryptocurrency regulation and a positive one for the industry at that. The regulation in a similar manner requires registration with its financial regulator and basic KYC policy. Following the pro-crypto policy, France finance minister reportedly told journalists that he would influence other partner European countries to adopt a similar approach to cryptocurrency regulation.

The Fin-FSA, for its part, observed that the new regulations are in line with European guidelines, particularly amendments of EU Anti-Money Laundering Directive. The directive obliges all EU member states to include cryptocurrency-related companies to its AML/CFT legislation.

At the time of writing, 1 btc to usd is trading at $5,298 as it struggles to recover the grounds lost as a result of the negative speculation that followed the investigation into Bitfinex and tether last week. Bitcoin still maintains about 54.5% of the entire cryptocurrency market cap which currently stands at just under $172 billion.