Following the successful Ethereum Constantinople hardfork, Ethereum blockchain went a step closer to the Proof of Stake (PoS) era. Ethereum core developers are now discussing proposals and contributions towards the new era otherwise referred to as Ethereum 2.0. One of the considerations that will be looked into will be Buterin’s latest proposal.

He proposed an increase in staking rewards to 3.3 percent assuming an overall amount of 30 million ETH staked on the blockchain. With this, validators will receive a maximum of around 100,000 ETH (or around $160 million) annually. Though high, this compares favorably to a total of $700 million earned annually by PoW miners on Ethereum.

Ethereum core developers are targeting a minimum ETH stake of 32 million ETH which is about $5 billion worth of ETH. It is believed that this value will discourage bad actors from attempting to compromise the blockchain by accumulating ETH.

In the PoW system, decisions on the Ethereum blockchain are dependent on the mining whereas, in the PoS system, block validators stake an amount of ETH to be able to validate blocks on the blockchain. If the validator performs a bad practice, the validator would forfeit the ETH staked.

In the PoS system, the security of the blockchain depends largely on the amount of ETH staked as this will discourage validators from engaging in malpractices. According to Fedrik Harryson, the CTO of Cthereum software client Parity, for attackers to succeed on a Proof of Stake network, they have to acquire so much ETH to compete against the staked ETH. In an interview with cryptocurrency news outlet Coindesk, he explained:

“In a proof-of-stake system, your cost of attack is just buying tokens. You basically want it to be unreasonable that anyone would be able to buy so much tokens that they’re able to attack the network.” 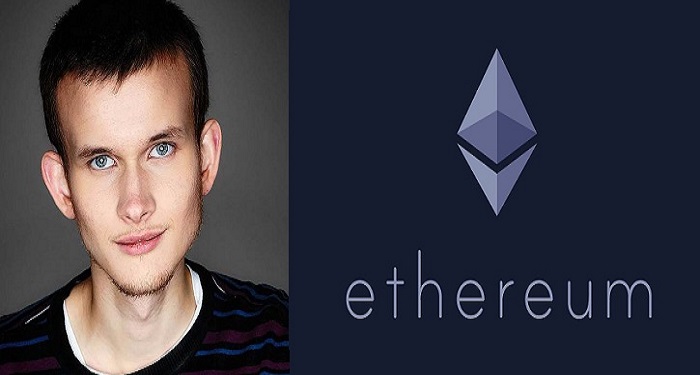 In Ethereum news today, we consider a proposal made by Vitalik Buterin in relation to Staking when Ethereum 2.0 which replaces the Proof of Work (PoW) algorithm with a Proof of Stake (PoS) eventually goes live.

He has reportedly made a proposal to increase the reward of block validators on its planned PoS system. The second largest blockchain network plans to move away from a Proof of Work (PoW) consensus algorithm to a Proof of Stake (PoS) which will support its blockchain scaling efforts.

The proposal by Vitalik Buterin to increase staking rewards resonates with members of the Ethereum community as it enhances the security of the blockchain. Developers had agreed a 2.2% interest on staked ETH is ideal while hoping for about 30 million ETH staked on the network. But Harryson observes that a “sliding scale” is the best option; one that increases rewards to incentivize people to lock ETH when there isn’t much ETH staked.

In support of Buterin’s proposal, Collin Myers, a token strategist for ConsenSys admits the original benefit is simply too low considering factors like a minimum stake of 32 ETH, computing costs, code risk, and maintenance costs. Many members of the Ethereum community are of this opinion.

Jonny Rhea, a protocol engineer at ConsenSys, however, warned against overpaying. He said the developers will go back to the drawing board with the proposal from Vitalik Buterin to design the best staking reward system. He said;

According to the latest news on newsbtc; Samsung is investing in crypto projects. Through Samsung Ventures, the electronics giant channeled $2.9 million in Ledger before investing an undisclosed amount in ZenGo which managed to raise $4 million. Meanwhile, Ethereum (ETH) is recovering after retesting $150 support.

Ethereum (ETH) is currently trading at about $156 as the market tries to recover from the sudden dip caused by negative speculation in the Bitfinex case with Ney York prosecutors.

As it is, Ethereum (ETH) is neutral but with bullish leanings all depending on the ability of buyers to resist losses below Apr-2 lows. Note that Apr-2 bull bar, in light of recent events, anchors our analysis. Besides, since prices broke above $150 triggering short-term buyers aiming for $170, it guides our near-term trajectory in short to medium term from an effort versus result point of view.

Therefore, while we are optimistic, it is all-important that buyers, first of all, close above $170 nullifying bears of Q4 2018 and later $190 confirming buyers of Apr-2 in a trend continuation towards $250. Before then, risk-averse traders should be on the sidelines until after our trade conditions are true.