Smartereum
Home Cryptocurrency Ethereum Ethereum (ETH) Might Experience an Increased Level of Volatility over the Next... 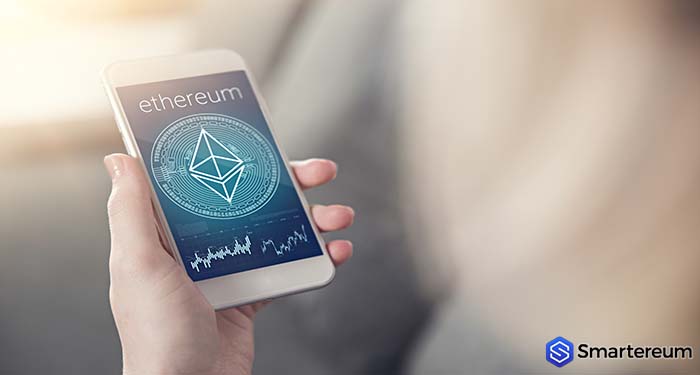 Ethereum (ETH) – the second largest digital currency by market cap – is an upgrade to Bitcoin (BTC) – the largest digital currency by market cap. The blockchain of Ethereum is superior to that of Bitcoin, and the native currency used on the network is ether or ETH. Ethereum provides a platform for startups and developers to create smart contracts and decentralized applications. Its platform has been useful over the past years. Since its emergence, the price of Ethereum has greatly improved. However, the bullish Ethereum price prediction 2019 is what many investors have been waiting for. Recently, the price of Ethereum was deep in the red. But the bullish Elon Musk Ethereum news today helped to push Ethereum price into the green.

Volatility of Ethereum Will Likely Correlate with That of Bitcoin in the Next Six Months – What Will to Happen Ethereum Price Forecast – Will the Price of Ethereum Surge higher?

Bitcoin (BTC) and almost all the top digital currencies in the market have been experiencing ups and downs since last month. But when compared to their values early this year, many digital currencies have made a significant level of progress. One of the major breakthroughs this year is the massive surge in the price of Bitcoin (BTC) over the $5k level. The massive price rally also pushed the price of Bitcoin (BTC) over the $5,500 level.

Recently, a data analytics platform – Skew Markets – published a report of events that unfolded in the digital currency space in April. The platform released this report on Twitter. According to the report by the platform, the volatility level of Bitcoin (BTC) or last month was 71%, which is about 3.73 percent daily volatility. Meanwhile, the volatility level of Ethereum for last month was 80 percent, which is about 4.21 percent average daily volatility.

The price of Bitcoin had a 20 percent move at the beginning of last month, the remaining days of the month had very little moves. The analytics platform presently sees Ethereum (ETH) as volatile as Bitcoin. According to their projection, Ethereum (ETH) will be as volatile as Bitcoin (BTC) in the next six months. Will an increase in volatility level affect Ethereum price prediction 2019? Will this Ethereum news today have an impact on ETH USD price?

Recently, the price of Ethereum surged significantly as a response to a single-word tweet from Elon Musk. The Elon Musk Ethereum news has been making waves since then. On the 30th of April, Elon Musk tweeted “Ethereum.” The tweet has gotten over 100k response so far. Elon Musk is the brain behind Space X and Tesla. The recent Elon Musk Ethereum tweet also grabbed the attention of Vitalik Buterin – the CEO of Ethereum.

At the time of writing, ETH USD live price is $161 after a decrease of less than one percent over the past twenty-four hours. The current market cap of the digital currency is $17.07 billion. The trading volume of Ethereum over the past day is $5.4 billion.