Smartereum
Home Cryptocurrency XRP XRP Price is Up by 0.03% Amidst Reports of Euronet Collaboration With... 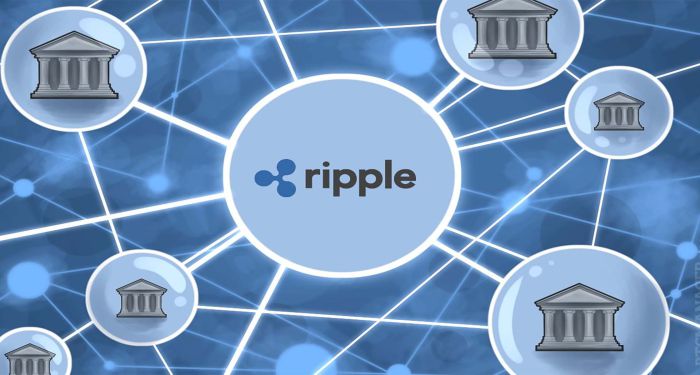 For our XRP news today, the Euronet Q1 2019 conference which centered on Euronet’s earnings in quarter one of this year shows that the United States electronic payment provider has joined RippleNet’s network and will depend on Ripple’s blockchain technology to send and receive money.

Released two days ago via a transcript, Euronet revealed that XRP is nowadays part of 5 new integrations the firm has added a number 10 to o its Digital Integrated Payments Cloud in the first quarter. Others include Alipay, Remitly, Poland and ING Bank. The price of XRP stood at $0.034853 as of press time. Litcoin USD live price shows the digital asset is up by 0.30% in the last 24 hours.

XRP Price Prediction: Ria is Also a Part of the Collaborative Effort

Thanks to XRPArcade for this new initiative. Ria, a subsidiary of Euronet is also involved the collaboration between the two entities. For Ria, the agreement with Ripple is a win-win scenario. But for Ripple it gets access to the physical and digital impression of Ripple around the world. Euronet has over 200 clients (financial institutions). The firm will be given Ripple’s throughput technology to use for the execution of transactions.

When speaking about the relationship between Ripple and Euronet, Euronet’s CEO and President, Michael J. Brown, declared that he sees the collaboration of the two entities as one which is going to help Euronet drive its long-term growth plan forward. Brown remarked that the decision to introduce Ripple and Alipay is a huge development for the company. Because both entities allow for the easy selling of Euronet’s products.

According to him the two firms will help Euronet disrupt the competitive sector.

While Eulogizing the potency of Ripple in the industry, Euronet’s vice president, Rick L. Weller, remarked that Ripple has a strong connection with myriad of banks around the globe. This has made bank delivery payment an easy task.

During his concluding statement, Brown stated that the easy in initiation of connection is a driving force for users. Instead of the traditional three to four months duration required for the certification of a connection with Ripple, with Euronet a connect with Ripple can be achieved in 3 weeks using older technology.

XRP Price Prediction: Why the Deal With Euronet Would Booster For the Price of XRP and its Blockchain

There’s no doubt, that Euronet is a leading payment provider. However, according to Euronet, in 2018, the company processed 4 billion transactions. This figure is equivalent to approximately $115 billion in payments. The company operates about 43,711 ATMs, and manages 369 money transfer locations located in 165 countries. Euronet has approximately 1 million PoS terminals worldwide. These signs all point to a boost for the long-term regarding the price of XRP.

In quarter one of this year, Euronet recorded a EBITDA of $87 million, and earnings per share of $0.85. The company managed a 16% year-over-year rise.

While Euronet will use Ripple’s Blockchain to offer a revitalized service, Ripple will now be opened to the millions of clients the service provider handles. Hence, a sign of a massive impact on the price of XRP in the long-term.