Smartereum
Home Cryptocurrency Bitcoin Ethereum Has What It Takes To Overthrow Bitcoin In The Next Few... 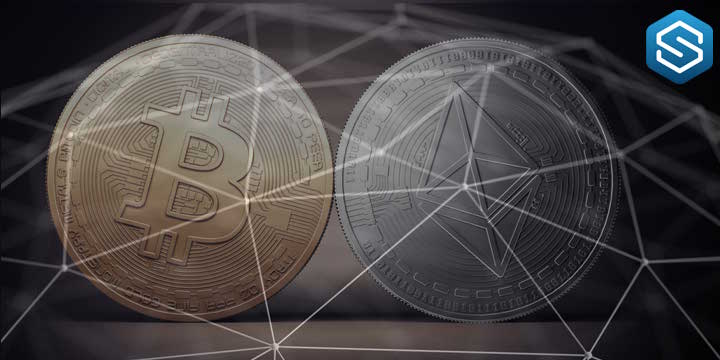 Bitcoin and Ethereum are the two leading blockchains in the world. Over the last ten years, Bitcoin has dominated a significant portion of the total cryptocurrency market capitalization. In fact, Bitcoin is so popular that it is the first thing people think about when they hear the word blockchain. Bitcoin news is also the most popular in the cryptocurrency space. Before cryptocurrency news outlets talk about any other cryptocurrency, they must talk about Bitcoin. Ethereum is also popular but not as popular as Bitcoin. However, Ethereum has more use cases than Bitcoin and this is why a prominent digital asset investor, Mike Novogratz, has predicted that Ethereum has what it takes to overtake Bitcoin in the future.

Galaxy Digital’s Mike Novogratz, during a keynote address at the Ethereal Summit, spoke confidently about the future of Ethereum. In today’s world, the tech giants have control of the internet and data that goes through it. Apart from this, there is an alarming rate of content theft among other things. Proponents of blockchain technology have proposed a solution dubbed Web 3.0. Also known as the Internet of Value, Web 3.0 is going to free the world from the shackles of centralized tech giants and make the internet profitable for content generators.

Considering the capabilities of the Ethereum blockchain, it has the potential to rule the new technological era. This is as long as the long awaited upgrade to Serenity, which is expected to fix the problem of scalability on the Ethereum blockchain, happens on schedule. However, there are many newer blockchains that are already more scalable than Ethereum at its current stage of development. Some of these include Tron, EOS, Cardano, NEO, VeChain, etc.

These newer blockchains are faster and cheaper than the Ethereum blockchain. However, Novogratz says that they do not pose any real threat to Ethereum because Ethereum is “way ahead of them”. When it comes to the smart contract and decentralized applications, more than 50% of developers still use and prefer Ethereum. If Serenity is a success, more developers will port from rival blockchains to Ethereum. So, Novogratz’s confidence in Ethereum isn’t unfounded. The second most popular blockchain in the space has what it takes to become the most popular blockchain in the world when the Internet of Value gains mass adoption.

What do you think about the Bitcoin news and Ethereum news today? Does Ethereum have what it takes to overthrow Bitcoin as the most popular and most important blockchain in the future? Share your thoughts in the comment section.