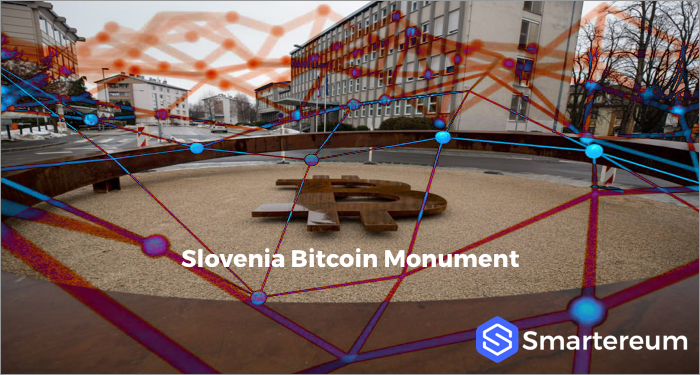 The first-ever statue to commemorate blockchain technology have been mounted in Kranj, Slovenia. Reuters reports that the statue was blockchain monument at a roundabout next to the courthouse in Kianj, in the country’s fourth largest City.

Details of the statue

City officials who spoke to journalists said that the statue was unveiled in an opening ceremony on Tuesday, March 13. The monument which bears the trademark Bitcoin symbol at its center has a diameter of about seven meters and weighs three tonnes. The Bitcoin sign—a ‘B’ symbol crossed by two vertical lines—was chosen by the public to represent both Bitcoin currency and blockchain technology.

The mayor of Kranj told Reuters that they sought the opinions of the citizens through their social media. He said, “We asked citizens on our Facebook page to decide what to place in the new roundabout and this was one of the first ideas we received”

Respondents chose Kranj probably due to the number of blockchain companies located in the area. Digital currency exchange Bitstamp and Slovenia-based 3fs, a software company that uses blockchain paid for the statue.

Slovenian city of Kranj may be the first to approve a blockchain monument; it certainly is not the first attempt to depict cryptos with art and monuments. Last week, Lithuania’s Central Bank announced that it will launch a cryptocurrency coin as a collector’s item for crypto enthusiasts. Cryptoarts and similar projects create cryptocurrency related artworks.